The University of California is working overtime to push out anti-vape research, and this time it is a load of nonsense about advertising. Amplifying how much it lacks any credibility, Jessica Barrington-Trimis has been roped in to write an editorial piece in the same journal that published the study. 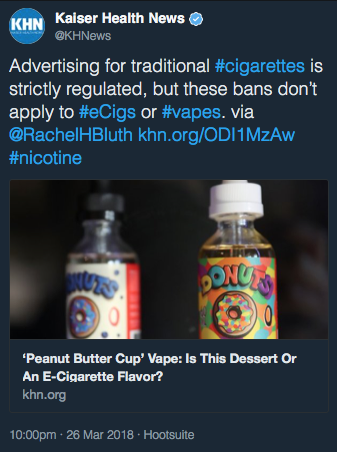 The name James D. Sargent lies right at the head of the list of authors. Sargent must have spent more time writing than doctoring recently as he was one of the co-authors of last week’s ‘Junk Science of the Week’. Maybe he enjoyed winning and fancied being in the running every week?

Immediately, by placing vaping in a group with traditional tobacco products, the research has been compromised. Also, given that no link exists between vaping and smoking initiation, attempting to demonstrate a link between advertising and starting to smoke is really straining all credibility in the veracity of the work.

The term ‘research’ has been used very loosely; this paper was the product of yet more statistical analysis and data manipulation on the back of showing teen non-smokers adverts and asking three questions:

The adverts shown were divided into five from each group: conventional cigarettes, electronic cigarettes, cigars, and smokeless tobacco products. They write: “For all age groups through 21 years, any receptivity was highest for e-cigarette ads, followed by cigarette, smokeless tobacco, and cigar ads.”

At no point in time does the paper discuss the troubling fact that there is no rise in the rates of teens smoking – advertising is leading to no increase in the numbers of American teen smokers, they continue to fall.

“That translates to 224,000 new smokers a year, according to John Pierce, the lead researcher and a professor in the Department of Family Medicine and Public Health at University of California-San Diego Cancer Center. ‘If that happens every year, we’re going to have a huge problem with cigarettes again,’ Pierce said.”

JAMA Paediatrics is happy to publish this shoddy piece of science, and compounds the poor judgement by sanctioning an accompanying editorial piece by the staunchly biased Jessica Barrington-Trimis.

Barrington-Trimis and Leventhal begin by explaining that social media marketing is something to fear – but this didn’t play any part of the study, nor do they cite any source for this statement. They do say that the study discovered teens who liked adverts were ‘more likely’ to go on to try smoking a year later. This loose and lazy science interpretation could apply to anything but doesn’t matter to Barrington-Trimis. She continues with her diatribe about teen flavours, “e-cigarettes are commonly marketed in youth-oriented flavours”, packaging, “youth-oriented packaging including the use of cartoon-like images”, and that she doesn’t think vape products have to conform to laws, “marketing restrictions are notably absent for the growing market of alternative tobacco products”.

Most damning of all, to her arguments and the study as a whole, is one statement she makes: “Although causal inferences cannot be made given the observational nature of this study, the potential for “cross-product” pathways where exposure to a non-cigarette tobacco product advertisement may increase risk of combustible cigarette initiation raises an unprecedented concern for adolescent tobacco control.”

In this paragraph Barrington-Trimis admits that neither her nor the researchers can say that liking an advert led to smoking. There is no evidence. None. But then who needs evidence when you have compliant media outlets that will write soft copy in support of this nonsense. 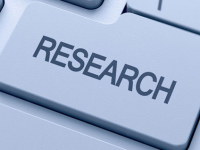 Report on Vaping Teens Move on to Smoking