Parliamentary Bill To Scrap The TPD

A Bill is slowly making its way through Parliament that aims to remove the restrictions placed on the electronic cigarette market. The Tobacco Products Directive brought in limits on tank size, bottle size and nicotine content – Christopher Chope MP’s Private Member’s Bill has passed its first reading, but still faces an uphill journey and little chance of success. 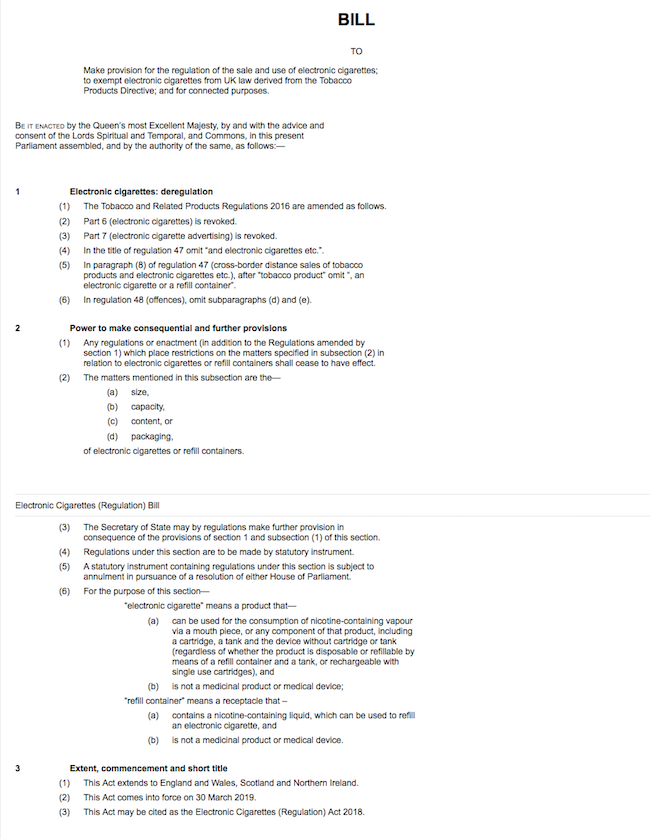 It is a fact that only 4% of bills ever make it without failing, the Electronic Cigarettes (Regulation) Bill 2017-19 may succeed by virtue of the fact that it will be tied to Brexit.

The bill proposes that electronic cigarettes are removed from requirements laid down by the Tobacco Products Directive, and that they are considered separate to tobacco cigarette legislation.

The table above illustrates how few bills move to becoming an Act of Parliament.

The plan is for stipulations regarding advertising, tank capacity, bottle size, contents and packaging to be revoked on 30 March 2019, the day following the date Britain is set to leave the European Union.

Planet of the Vapes supports any move that reverses the illogical restriction of tank and bottle capacities. We believe that the limit placed on juice bottles simply leads to a greater production of packaging waste, including plastics, without any direct benefit to health.

No mention is made of the concentration limit applied to nicotine in eliquids. We hope that this will be addressed during further stages as the arbitrary maximum strength is illogical and poses a barrier to current smokers successfully switching. 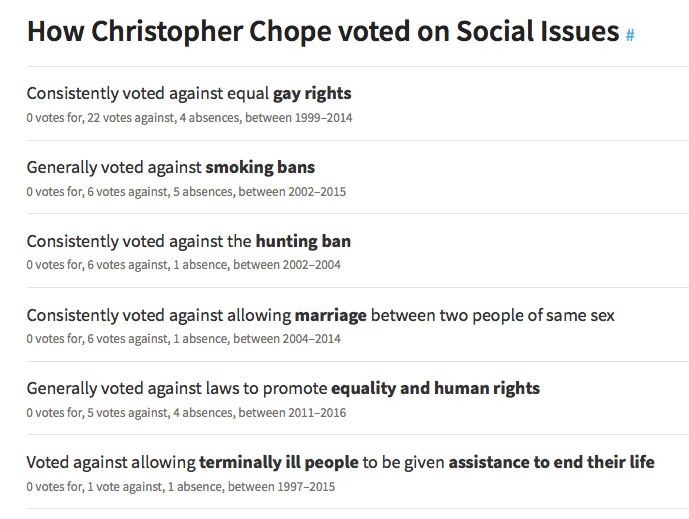 The Second Reading will occur on the Friday 16 March 2018.

Christopher Chope MP’s office has been approached for comment. 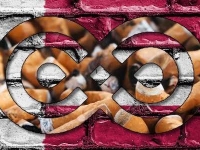 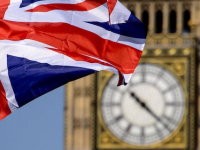 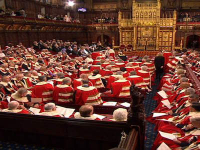