In a recent vape-related study, widely reported by national newspapers, mice contracted cancer. The media loudly proclaimed that it was the vape that’s to blame – but all of these mice also came into contact with researchers from the Department of Environmental Medicine and the Department of Urology at the New York University School of Medicine. 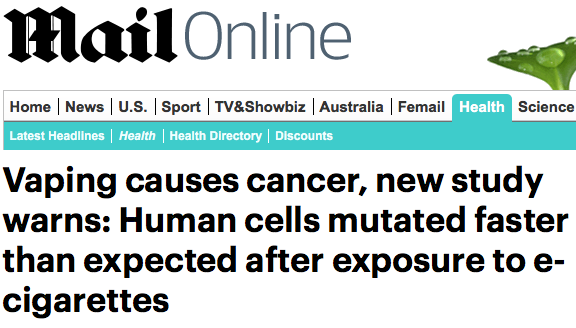 Before you shout at your computer screen and declare that it is impossible for mice to contract cancer simply from coming into contact with nine US-based scientists, just look at the title of their paper: “E-cigarette smoke damages DNA and reduces repair activity in mouse lung, heart, and bladder as well as in human lung and bladder cells.”

“E-cigarette smoke delivers stimulant nicotine as aerosol without tobacco or the burning process,” they write. “E-cigarettes are promoted as safe and have gained significant popularity.”

Smoke? Promoted as safe? It’s almost like somebody is painting an image linking vaping to smoking, while trying to appear unbiased, and fabricating statements about how vape businesses make unethical claims.

‘Smoke’ is defined by the Oxford English Dictionary as “A visible suspension of carbon or other particles in air, typically one emitted from a burning substance.” And vape companies refer to vaping as being safer, not safe.

It would be nice to be able to elaborate on this but no further details are provided. We don’t know what defines ‘light e-cig smoking for 10yr’, where such a figure came from or how they replicated it.

All we know about the equipment is that it was an “Njoy top filled tank”, and “filled with 1.6 mL of e-juice with 10 mg/mL nicotine in a propylene glycol/vegetable glycerin mixture (50/ 50 by volume; MtBakerVapor MESA). Each day the tanks were filled with fresh e-juice from a stock mixture.”

It becomes a very sketchy procedure by the time we discover that they were putting 4.2V across the coil, for 4 second puffs, every thirty seconds. The voltage is too high, the draws too frequent, and none of this appears to reflect light vaping for a human – let alone a mouse. This carried on for three hours a day, five days a week, and for three months. A laughable regime if it were meant to reflect light vaping in adult humans. 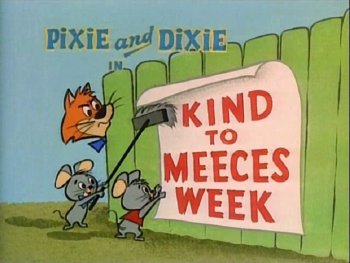 Moon-shong Tang, the lead author for the study, claimed that the DNA changes observed were similar to those linked to secondhand smoking. It’s hardly surprising given the exceptionally shoddy methodology.

They are utterly wrong.

Peter Hajek was not involved in the paper, and treated it with the contempt it deserves: “This study shows nothing at all about the dangers of vaping. It doesn’t show that vaping causes cancer. This is one in a long line of false alarms, which may be putting people off the switch from smoking to vaping, which would undoubtedly be of great benefit to them. The best current estimate is that vaping poses, at worst, some 5% of risks of smoking.”

The upshot is that it wasn’t vaping that caused the mice to contract cancer – it was the fault of the scientists and their shoddy treatment of lab animals that deserved better treatment.