Philip Morris In the Spotlight

Altria, owners of Philip Morris International (PMI) is aiming to be the dominant force in the post-tobacco world. A public charm offensive is in full effect, iQOS has become the talking point in many a legislator’s office, and they are pushing for United States marketing approval for the Marlboro Heatsticks e-cig. Morris might have published a poster claiming it wants to ‘give up smoking’, but it seems that being duplicitous is too hard a habit to shake. 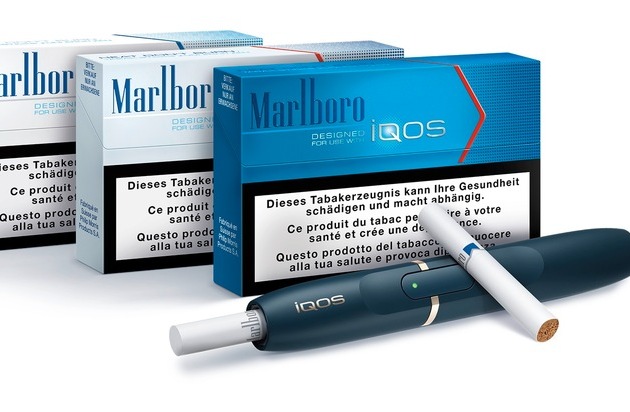 The prize is clear; expert analysts predicted the electronic cigarette market to be worth $1.42 billion by 2023. The e-Liquids product segment is anticipated to soar at 11% per annum and will count for two fifths of that huge figure, compared to a figure of 6% for other vape products. It’s a healthy prize and Altria is keen that PMI has public approval for its thrust to be the dominant force.

The United Kingdom was privy to a special announcement by PMI when it took out full-page press advertising space, declaring that it had a Ney Year’s resolution to “give up smoking”, as its “ambition is to stop selling cigarettes in the UK”. Nothing to do with smoking being a market in terminal decline then?

“It won’t be easy. But we are determined to turn our vision into a reality,” the ad says. “There are 7.5 million adults in the UK who smoke. The best action they can take is to quit smoking. Many will succeed. But many will continue to smoke. That’s why we want to replace cigarettes with products ... which are a better choice for the millions of men and women in the UK who would otherwise not stop smoking.”

Predictably, the advert gained international coverage despite the news hardly ranking as new.  For example, Paul Riley, Philip Morris’s Japan president, is quoted in December as saying: “I hope by 2020 we stop selling conventional cigarettes if not completely, or handing them over to someone else to worry about. If we can go hard enough we’ll be close by the end of 2020 not to have to sell the conventional product (cigarettes).”

It was a move widely derided in many quarters. Anti-smoking campaigners dismissed it as nothing more than a PR stunt, illustrating that PMI has “money to burn”. ASH’s Deborah Arnott said: “It should be forced to pay the government more of its enormous profits.” 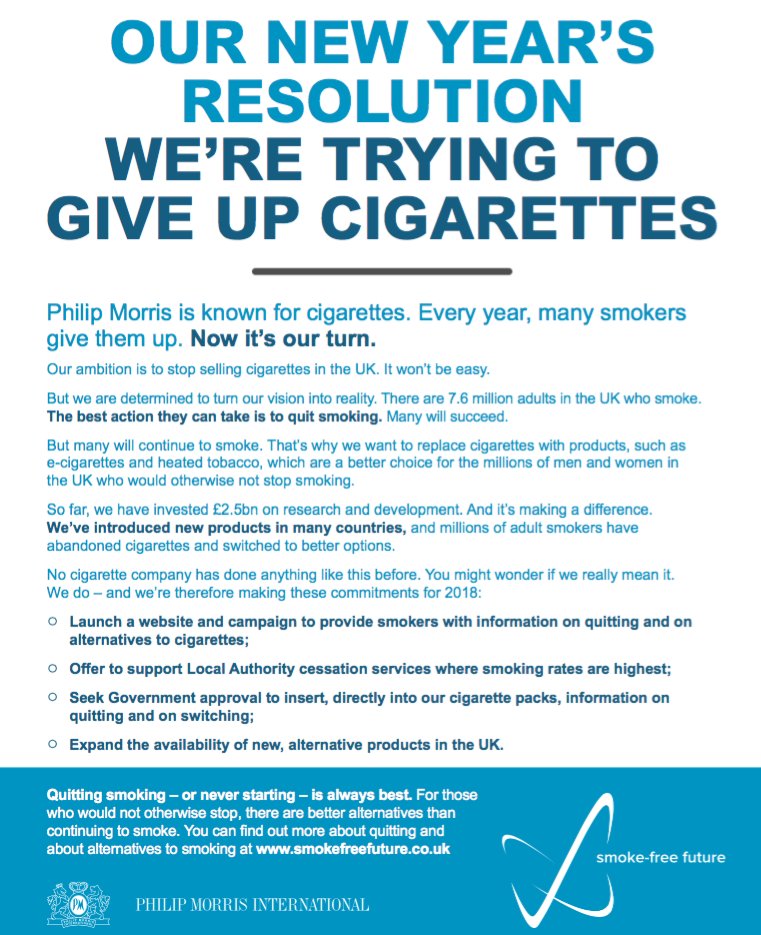 Robin Koval of The Truth Initiative said: “As long as Philip Morris continues to do everything it can to fight proven policies and programs that reduce smoking and continues to aggressively market cigarettes around the world, often in ways that appeal to children, their claims do not deserve to be taken seriously. The recent ad run by Philip Morris International in the U.K. that they're "trying to give up cigarettes," feels more like an April Fool's joke than a New Year's resolution.”

Market analysts at The Motley Fool believe PMI has reason to be optimistic about its push: “Is 2018 the Year Philip Morris Owns the ECig Market? It's not hyperbole to say so. While the JUUL electronic cigarette device has come out of nowhere to topple Reynolds American's Vuse as the best-selling e-cig on the market, the landscape may shift once again if Philip Morris' gets FDA approval to market its heat-not-burn iQOS device.”

If PMI gets FDA approval.

The road for PMI is going to be very bumpy if Reuters are to be believed. In a collection of extensive features, its journalists have done something almost unheard of in the modern age – investigative reporting in the form of a collection of articles and a searchable repository, The Philip Morris Files. Of note are the glaring errors in studies PMI are using to support the adoption of iQOS in the States (under the name of Marlboro Heatsticks) – one investigator terms the company-sponsored clinical trials as “dirty”.

It seems as though no matter hard it tries, this Big T firm just can’t shake off its past. 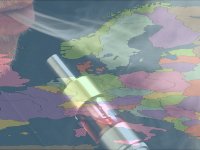