It is now one-year on from when San Diego police shot dead Alfred Olango, who was brandishing nothing more than his mod for vaping. His family are demanding justice and calling for California Attorney General Javier Becerra to investigate Olango's death.

Alfred Okwera Olango was a Ugandan refugee who settled in the United States. He was a large yet friendly man, who had a strong friendship with wheelchair-bound Bereket. Following Bereket’s suicide, Olango felt his world go into free-fall.

In September 2016, after the suicide, his sister got in touch with the police pleading for help. She told them her brother “was not acting like himself”. She begged them for psychological assistance but the licensed mental health experts were not available to respond. An hour after her phone call, police officers found him wandering around a taco store’s car park.

Several videos were taken at the time as officer Richard Gonsalves approached him with his police weapon drawn. Some of the footage records Olango’s sister screaming for him to get his arms above his head. Officers reported that Olango had his arms raised to his chest and that he was “taking up a shooting stance”.

Olango pulled an object from his pocket. At this point, Gonsalves fired four times into Olango’s chest. The object clutched in the dead hand proved to be a vaping device.

“It shows a cowboy with his gun drawn provoking a mentally disturbed person,” said Dan Gilleon at the time, a lawyer acting for Olango’s family. “Every single rookie, much less a PERT team, is taught that what you do in a situation like that is not escalate it, you de-escalate it. You don't confront the person - you decompress the person. You talk to him and you stay covered.” 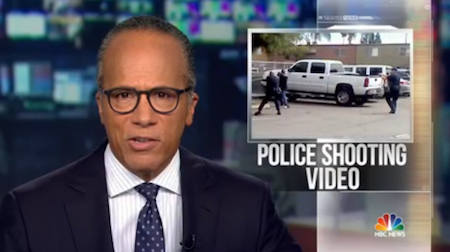 “Mental breakdown is not easy to control. He needed someone who was trained. Just calm him down, and then take care of the situation,” his mother told a news conference. “That's all that the call was called for - not to come and just finish his life. My son was a good, loving young man. Only 38 years old, I wanted his future to be longer than that. I wanted him to enjoy his daughter.”

“[My brother] was going into crisis. He had a mental breakdown, complete mental breakdown,” Lucy Olango told the meeting outside the front of El Cajon City Hall. The family, the small crowd, the lawyers, and Reverend Shane Harris called for the creation of a review board to look at police practices for El Cajon. Most importantly, they demanded the immediate sacking of Richard Gonsalves who is still in his job a year later.

Gonsalves refused to release the video, but the police were eventually forced to do so, at which point local Mayor Bill Wells said: "I saw a man who was distraught, a man who was acting in ways that looked like he was in great pain. And I saw him get gunned down and killed. And it broke my heart.”

District Attorney Dumanis cleared Gonsalves back in January, and ruled that the shooting was justified: "We've determined the officer's use of deadly force was reasonable under the circumstances and he bears no criminal responsibility for his actions.” 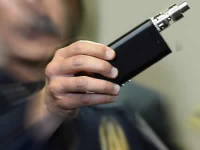 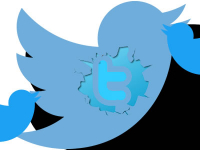