The ‘Nicotine and Tobacco Research’ journal has carried a study by New Jersey and New York clinicians and academics, titled “Content analysis of U.S. news stories about e-cigarettes in 2015”. Vapers may have a good idea what they discovered, but documenting the facts may add weight to future debates. 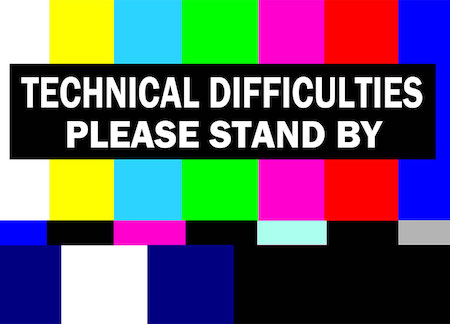 The paper begins in a positive fashion, reporting the increase in use across multiple markets and stating: “Emerging evidence indicates lower levels of toxicants compared to combusted tobacco and some observational and population studies suggest that some individuals have transitioned away from cigarettes with help from e-cigarettes.”

At least the positive slant comes before the team warns: “others caution that e-cigarettes may facilitate dual use with cigarettes, appeal to youth, and act as a gateway to cigarette smoking.”

Positives and negatives aside, the purpose of the report is to document what is happening in the mainstream media as it can influence what is being done during the formation of legislation. The media can have a large impact on “the public’s and policymakers’ knowledge and perceptions of these products.”

E-cigarette news articles were located using the online news databases, and then sorted according to the frequency of the various topics, the frequency with which benefits and risks were discussed, and the source to which these risks and benefits were attributed.

The team found 295 independent articles, of which almost 63% had a national focus or were discussing vaping in general. The remaining pieces focuses on local issues such as local legislation or the prevalence of vaping in the locality. 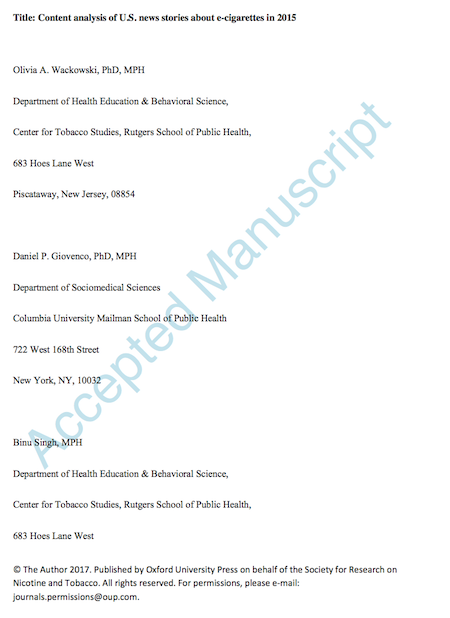 Four fifths of the articles could be described as news or feature stories while the remaining 20% were opinion pieces, where a single point of view was being put over. Of these opinion pieces, most were negative and anti-vaping. Almost 50% of the pieces argued against vaping, while only 32% spoke in favour of ecigs. The remaining 18% were judged to be neutral on the issues.

Roughly half of the stories were about vaping policy or regulation, 21% were about trends and the health effects, 7% on industry activity and only a mere 4.7% focussed on the ability of vaping to aid smoking cessation.

The public found articles about vaping less interesting as the year rolled by. Initially every article garnered 100 views on average. This figure dropped to 56 by the last quarter of 2015, with a spike when the CDC announced a huge increase in teen vaping.

The benefits of vaping were mentioned by 45% of the articles, whereas potential risks were mentioned in 80% of the pieces – and 8% solely focussed on exploding batteries.

In demanding the continuance of such research to monitor media activity, the team conclude: “Overall, news articles more frequently discussed potential e-cigarette risks/concerns versus benefits. This is not surprising given that discussion about e-cigarette regulation and policy, a major driver of coverage, is inherently tied to the issue of their potential risks (hence the need for regulation), as is the issue of youth e-cigarette use, which does not come with any clear benefits. The number of research studies focusing on the risks of e-cigarettes versus their harm-reduction benefits may also be higher, thus contributing to the more frequent coverage of e-cigarette risks.”