John Britton is a professor of epidemiology in the Faculty of Medicine & Health Sciences at Nottingham University and director of the UK Centre for Tobacco & Alcohol Studies (UKTAS). He was invited to speak by videoconference to the Canadian Standing Senate Committee on Social Affairs about vaping, and gave a balanced and informed opinion. 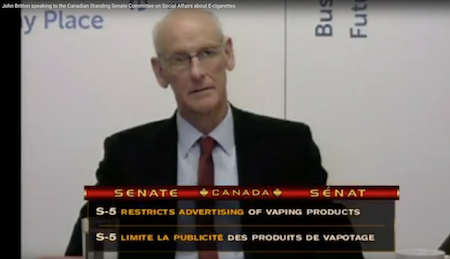 The Standing Senate Committee were discussing Bill S5, commonly known as the Tobacco and Vaping Products Act, and Britton was invited to speak first in case the connection dropped out. He began by pointing out that he chairs the Royal College of Physicians (RCP) tobacco advisory group, a role that places him at the centre of the RCP ‘Nicotine without smoke’ report declaring vaping to be at least 95% less harmful than smoking, and responsible for a previous one in 2007 on tobacco harm reduction.

“We all know that smoking kills people,” he began. “It ends lives prematurely, it causes untold damage to adults, harms children, harms the unborn child. It drives poverty and is the major determinant of social inequalities in health. And so, treating smoking is a huge public health priority in all developed countries.”

“Conventionally, we have done very well in reducing the prevalence of smoking, in Canada, in the UK and many other countries, through sound approaches to tobacco control, things like advertising bans and the health warnings that Canada championed, smoke-free policies and so on. And those have had their effects, there’s no question of that – but if you look at smoking prevalence in age groups (in the UK for example), what is clear is that those measures have been very effective in preventing children from becoming smokers but they’ve been far less effective at helping established smokers to quit.”

“In fact, if you are a 25-year old smoker today, the likelihood that you will quit smoking in your lifetime is probably far less than if you were a 25-yr old smoker thirty years ago. We need measures that help those established smokers to quit. Partly because it saves lives, but also because that pays off our health services and society now, and in the next year, and in the next five years, whereas preventing uptake of smoking pays off in fifty years.”

“We have had a sacred cow of smoking cessation, which is that smokers should learn to give up nicotine in order to give up tobacco - and the 2007 report from the RCP really made the argument that that necessarily isn’t the case; that we could encourage smokers to switch to an alternative source of nicotine and just give up the smoke.”

“The logic being that nicotine is just about as hazardous as caffeine, it’s the other toxins in cigarette smoke that kill. The proof of the principle came from Sweden, where the use of oral tobacco [snus] has largely replaced smoking. Sweden now has one of the lowest prevalence rates of any developed country, and it’s a consequence of smokers shifting onto smokeless tobacco. But we didn’t have products that were legal in the UK, until electronic cigarettes came along in around 2007/8, and have since become extremely popular.”

The full presentation, combined with a question and answer session, goes on for just over an hour and can be watched on the embedded video above or from this link. 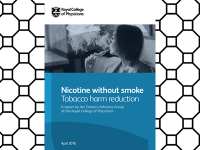 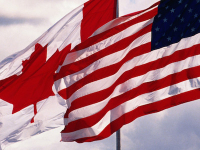 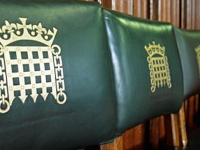