Long-term vapers will remember the American politician who openly vaped during a debate in Congress. Anti-vape campaigners called the move a publicity stunt and made a number of personal attacks, but the congressman has stuck with advocating vaping as a tool for harm reduction. Following on from last week’s news that the U.S. Navy is banning ecigs at sea, the republican politician has written to the Acting Secretary of the Navy asking him to reconsider. 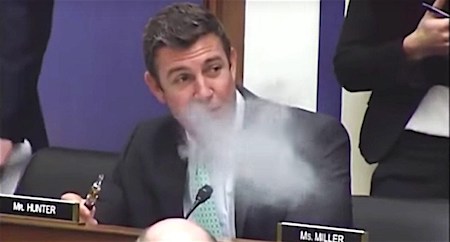 Duncan Hunter became the second Republican to endorse the Trump campaign, and it is this inside track that gives American vapers hope that he can influence national policy away from the Big Pharma lobbyists. When he used his electronic cigarette in Congress he opened himself up to insults, but he also discovered that Pharma were prepared to fund people to dig up dirt. The questions over his use of official funds has snowballed thanks to a small number of anti-Trump protestors who are using it to attack the war veteran.

Last week, the United States Fleet announced that vaping products were to be banned from sea-going vessels as a short-term measure. Will the potential of a full-time ban remains, the justification was: “The Fleet commanders implemented this policy to protect the safety and welfare of Sailors and to protect the ships, submarines, aircraft and equipment.” 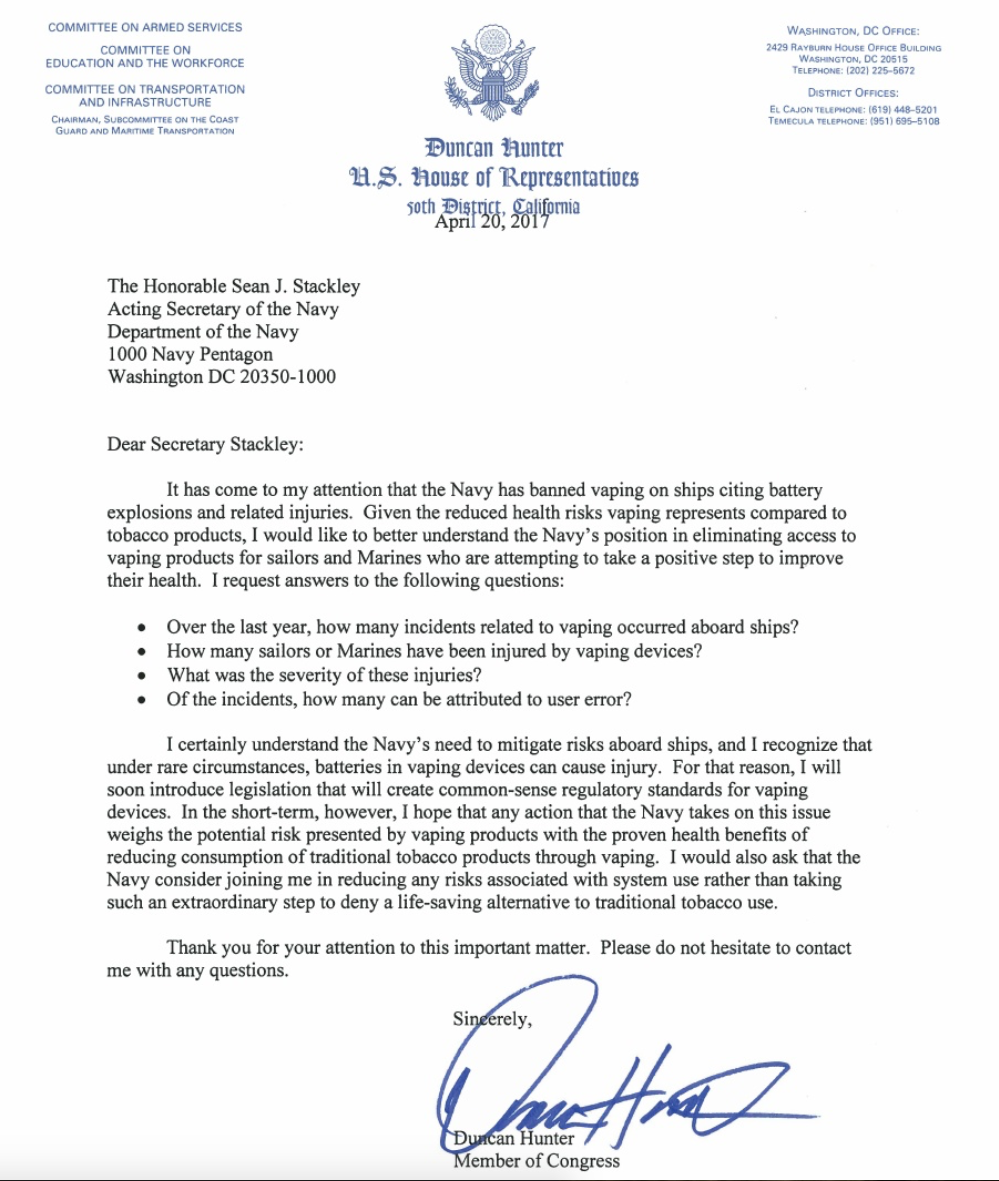 Hunter leapt to the defence of common sense: “It has come to my attention that the Navy has banned vaping on ships citing battery explosions and related injuries. Given the reduced health risks vaping represents compared to tobacco products, I would like to better understand the Navy’s position in eliminating access to vaping products for sailors and Marines who are attempting to take a positive step to improve their health.” 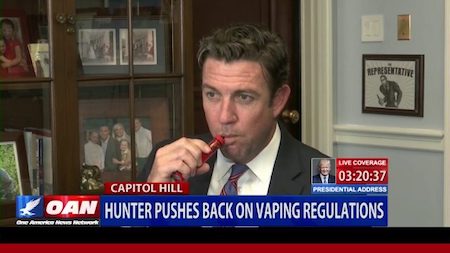 The politician asks for clarification of the murky statistics the Navy used to support its position. As we pointed out last week, the only clear case offered up was one where an incident occurred in a sailor’s car. He asked for a simple number of vape incidents occurring on ships over the previous 12 months, an answer to how many sailors have been injured, and an indication of the severity of their injuries.

“I would also ask that the Navy consider joining me in reducing any risks associated with system use rather than taking such an extraordinary step to deny a life-saving alternative to traditional tobacco use.”

While everybody may not share Hunter’s political opinions, vapers will be hoping such a move helps redefine the American establishments handling of vaping in the present and for the future. 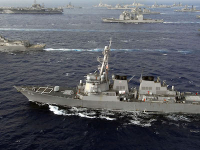 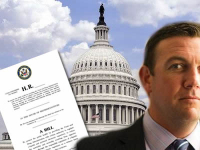