Commentators used to say that it was difficult to make an assessment about vaping because there were not many studies. Not so now, research is being conducted at such a pace it’s difficult to keep up. Twenty ecig-related papers were published on Pubmed in the first week of March alone. A few recent ones are covered in brief below. 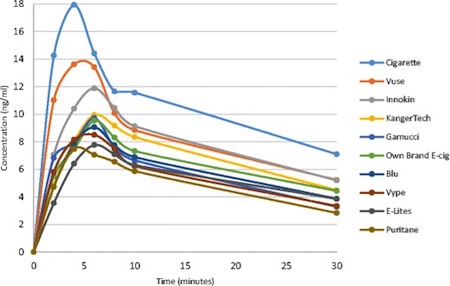 The American Journal of Preventive Medicine carries a piece of work claiming that young vapers begin using vaping devices later than young smokers initiate smoking. It reports that uptake patterns mirror those for alcohol and cannabis rather than traditional tobacco products. The median age for vape initiation is 17-18 years old whereas smoking peaks at 14-15 years old. Non-Hispanic whites and multiracial adolescents were most likely to begin vaping, but the study carries a similar flaw to many previous ones in that it relies on teens being honest in their self-completed questionnaires.

The Mirror reports on a study carried out at St Andrews University where they claim vaping “could” be a gateway to smoking. Unfortunately for Mirror journalists, it can’t produce such a finding due to its limited methodology. In fact, they couldn’t even get the paper’s author to say there was a gateway line. They report Dr Dorothy Currie as saying: "Our findings suggest the possibility that non-smokers who would be less likely to take up conventional smoking - such as younger males, and those from higher socio-economic backgrounds - may be susceptible to e-cigarette use." 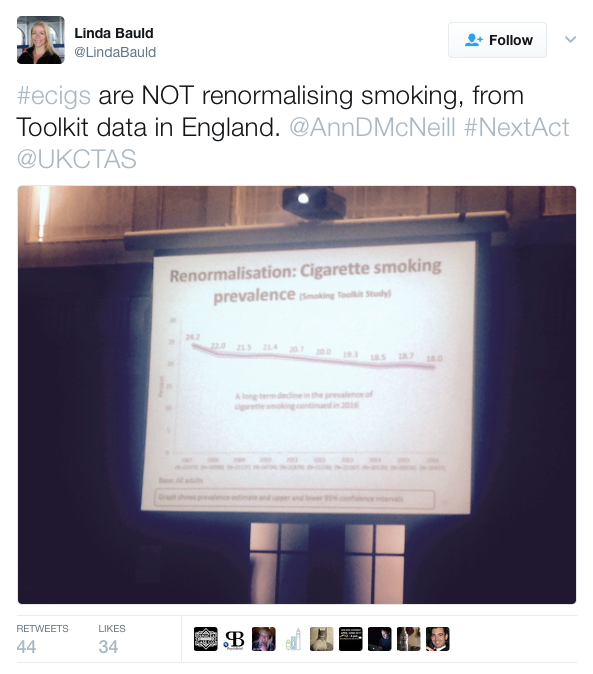 The American Centres for Disease Control and Prevention released its findings into what smokers use to quit, and Brad Rodu, a professor of medicine at the University of Louisville, welcomed it. He said: “The CDC has finally acknowledged the popularity of vaping. This study documents that vaping is American smokers’ most popular quit-smoking aid, despite a broad misinformation campaign labeling e-cigarettes as neither safe nor effective. Far fewer smokers use FDA-approved aids, which have been promoted by federal health authorities for many years. Smokers know that, while safe, they are decidedly ineffective.”

On a slightly contentious note, a team from the University of Technology Sydney believes it has demonstrated a link between mothers who vape and placing babies at a risk of asthma. No study has been published and no material is available for perusal outside of a poster they presented to a conference, making it impossible to verify their work. Given the time needed to follow mothers and children in a longitudinal study similar to the one being conducted by Linda Bauld in Scotland makes their findings look fictional at best. Also, no mention is made of a reduced risk compared to mothers who smoke.

Finally, surgeons who carried out an open lung biopsy on someone who smoked, began dual using, then reverted to just smoking again, believe they identified an issue. The clinicians think they have demonstrated a causal link between vaping and the commencement of respiratory bronchiolitis-associated interstitial lung disease. Their findings are possibly valid, but tainted by the ridiculous assertion that “there are now an increasing number of case reports demonstrating toxic effects of [electronic cigarettes].” It will be interesting to see what Dr. Farsalinos has to say about this last paper in particular.