Researchers from the Schroeder Institute (along with academics from John Hopkins Bloomberg and the University of Vermont) conducted a systematic review of 687 pieces of published empirical electronic cigarette research literature. Their findings were presented at The National Conference on Tobacco or Health, one of the largest gatherings of the United States tobacco control movement.

The study, the authors claim, serves two main functions in that it collated the latest evidence scientific literature on vaping, and therefore can act to inform legislators and organisations concerned about electronic cigarettes, which they refer to as Electronic Nicotine Delivery Systems (ENDS). 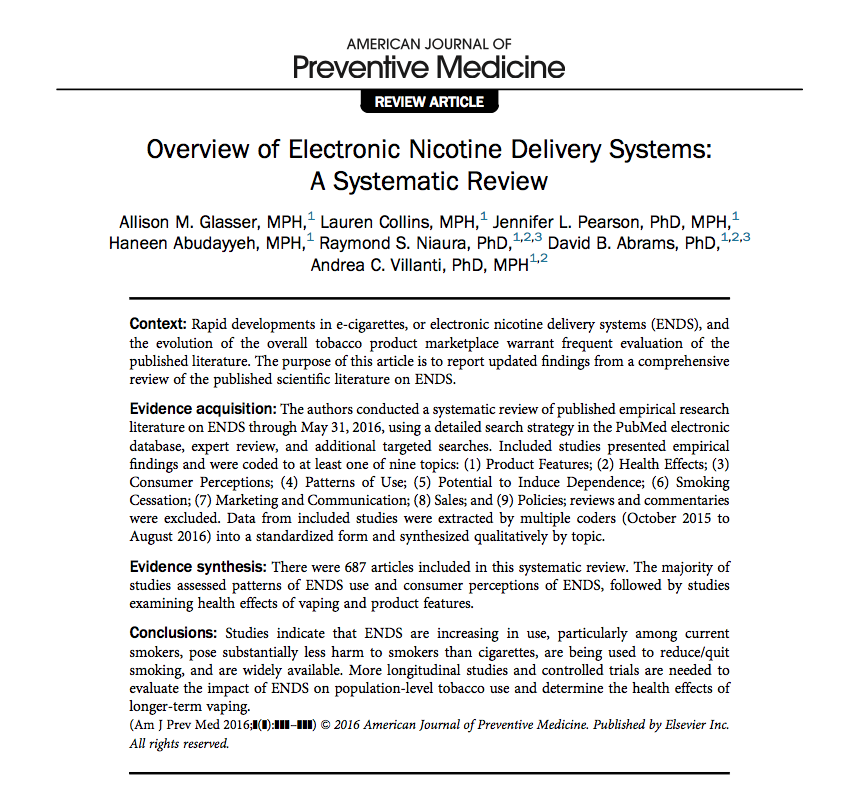 The review covered empirical research literature published up to the end of May last year. The team grouped their findings into nine separate areas:

Pleasingly, it is a very balanced piece of work that will cause honest politicians to think long and hard about implementing de facto vape bans. For example, they write: “One study found that in the event of a menthol cigarette ban, 15.1% of menthol smokers would switch to menthol ENDS. Four studies examined the impact of state-level ENDS policies and potential areas of ENDS regulation on tobacco use, suggesting that a ban on ENDS may increase demand for cigarettes.”

The paper also adds further qualification to the relative safety of vaping: “Although it is difﬁcult to estimate the precise difference in harmful exposure of vaping compared to smoking, experts have concluded that ENDS are substantially less harmful than cigarettes and toxicant exposures are derived both from far fewer chemicals and at much lower levels or trace levels, estimated to be one fourth to 1/95th those of cigarette smoke.” 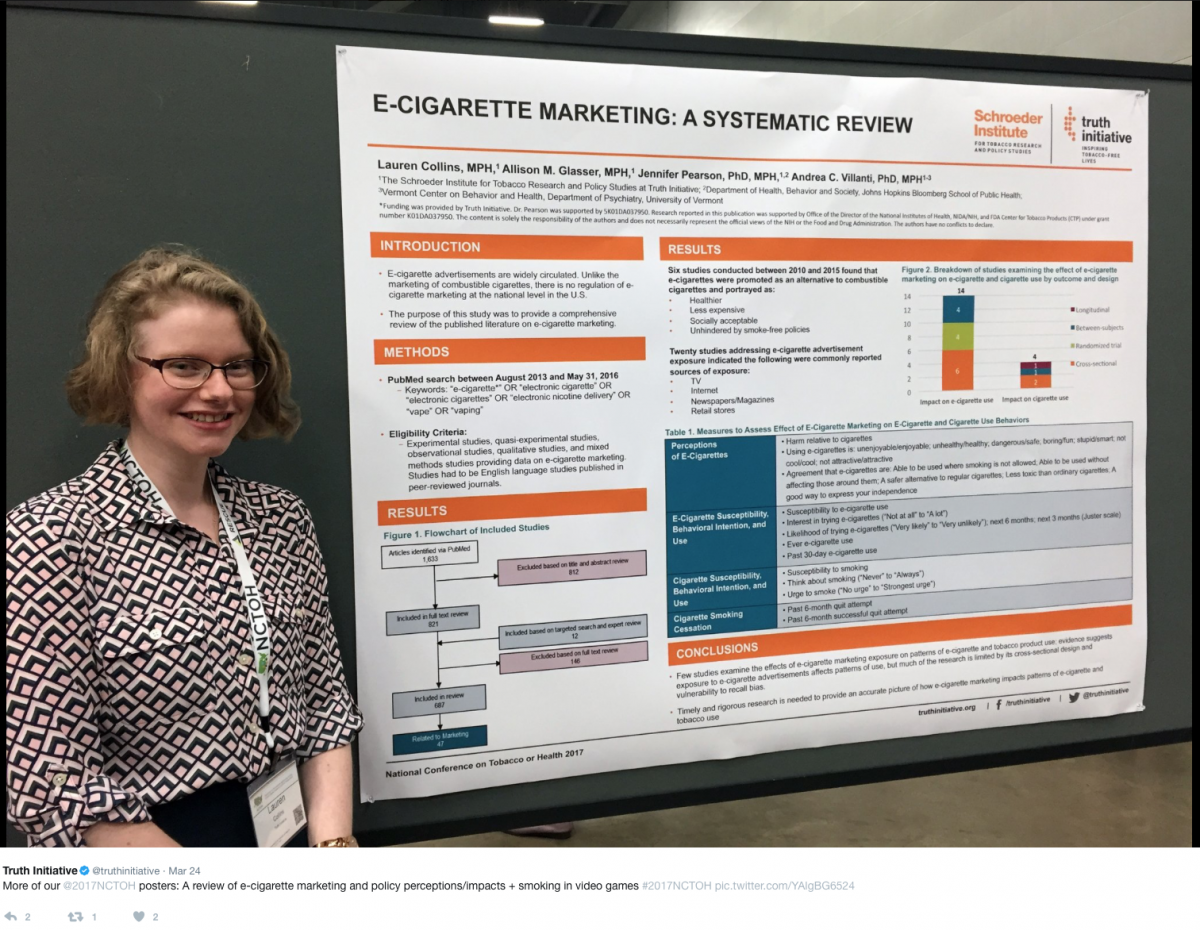 They note that one of the biggest hurdles facing researchers attempting to produce a valid study is the sheer range of products available. They believe a standardised method for testing needs to be created in order to make results comparable with each other – a cigalike functions differently to a subohm tank.

They also point out that how vape products are used varies hugely from person to person and this creates problems when researchers attempt to generalise the impacts of something on the wider population.

An obvious point raised is that there are huge gaps in the current evidence base, “including longitudinal data and data on reasons for vaping and use trajectories that may help to explain population impacts and changing trends.”

The final major finding, and one that will stick in the craw of many American study teams, is that “caution must be exercised when drawing conclusions from in-vitro, or cellular, studies because effects on cells cannot be readily extrapolated to human harms.”