The Finnish government has set, what it terms, an ‘ambitious’ deadline to improve the health and wealth of its citizens. Oddly, the target figure that qualifies the country as being smoke-free is 98% of the population avoiding everything tobacco and non-tobacco products (like electronic cigarettes). The country currently has a non-smoking/vaping population figure sitting at 84%.

Finland used to operate a two-tier system for the treatment of electronic cigarette and vaping products, and then the Tobacco Products Directive simplified the situation. That said, the sale of eliquids containing nicotine remained illegal until November last year. Traditionally, the majority of Finnish vapers purchased their products from abroad, via the internet.

Kaari Paaso, head of the harm prevention unit, said: “The Finnish approach is revolutionary. We want to get rid of all tobacco products. Experts agree that the Finnish government is using innovation and creativity to get everyone to kick the habit.” 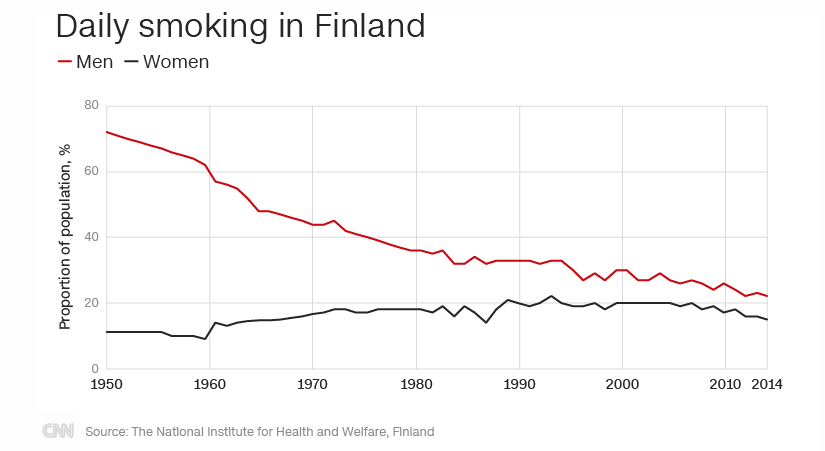 He can wrap up the approach in fancy words and anonymous plaudits, but it amounts to nothing more than the ‘quit or die’ favoured by anti-vaping campaigners. The government isn’t going to encourage the use of safer products, it’s embracing the absurd precautionary principle which means that public spaces are going to be targeted.

“We don't want to fall into the trap of other policies that have less harmful products. We want to phase out all products,” says Paaso, not going into depth to explain what traps exist in the embracing of harm reduction policies.

Vaughan Rees, a director at Harvard’s school of public health, mentions: “The evidence suggests increasing pricing is the single most effective way to reduce demand. In states where we see the highest tax rates, we see the lowest prevalence.” 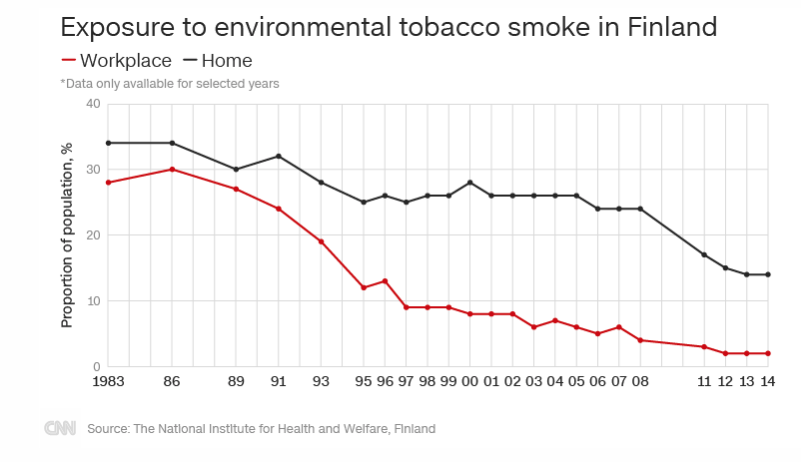 The government has also banned the variety of juice flavours available for sale in the nation’s vape stores, restricting choice to just “tobacco”, as part of the new tobacco act. Matters worsen further for the 50,000 Finnish vapers, cross-border sales are set to be banned this summer as the government adopts those options within the Tobacco Products Directive that enable it to impose a harsh regime.

Paaso adds: “E-cigarettes are sold in normal shops, but we have strict rules. They cannot have any distinctive taste. Our approach is this basic idea to phase out all nicotine products.”

Also, as Paaso points out, vape stores have been hit with a hefty one-off licensing fee and ongoing annual fees based on the number of checkouts it operates: “There's quite a high fee to license it and to sell it. This has resulted in criticism from small shop owners and big stores.”

In a snapshot, it is possible to see exactly how much worse it could have been in the UK had parliament adopted a harsher version of the TPD. 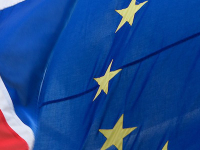