The team responsible for the annual Smoking Toolkit Study, at University College London, have extended their work by analyzing all of the data amassed over the period from 2006 to 2016. The results indicate vaping works as a smoking cessation tool. 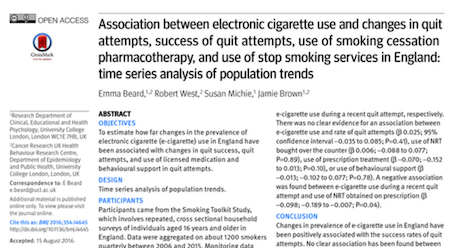 The team at UCL includes Professors Robert West and Susan Michie, along with research fellows Emma Beard and Jamie Brown. Their paper, Association between electronic cigarette use and changes in quit attempts, success of quit attempts, use of smoking cessation pharmacotherapy, and use of stop smoking services in England: time series analysis of population trends, is published in the British Medical Journal.

The team carries out an annual survey looking at trends and rates related to smoking quit attempts, products and services used. Although they confess that the nature of the study comes with limitations and makes it difficult to say with certainty that there’s a cause and effect, they do say that vaping is a major contributor in effective smoking quit attempts.

The headline figures from the team are: 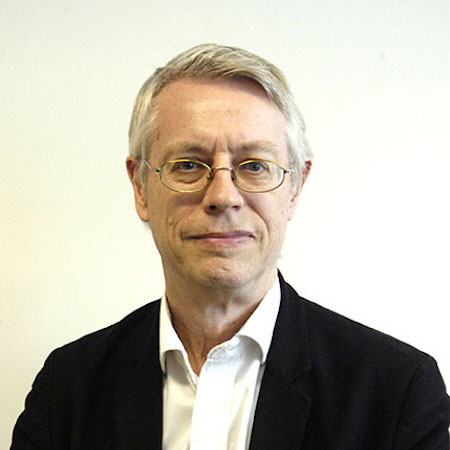 “England is sometimes singled out as being too positive in its attitude to e-cigarettes. These data suggest that our relatively liberal regulation of e-cigarettes is probably justified,” West continued.

Cancer Research UK’s Linda Bauld said: "The British public have voted with their feet and are choosing to use e-cigarettes. This is a positive choice, and we should promote it."

Professor John Britton, director of the UK Centre for Tobacco and Alcohol Studies at the University of Nottingham, wrote in the British Medical Journal: “Successful quitting through substitution with electronic cigarettes is a likely contributor to the falling prevalence of smoking. The challenge for public health is to embrace the potential of this new technology, and put it to full use.”