Stanton Glantz will never admit that he was wrong on the subject of vaping but his latest communication is evidence to the fact that his opinion is shifting. Vapers needn’t celebrate his Damascene conversion though; the mouth funded by Big Pharma is still bent on attacking the cause of harm reduction. His latest blog post is a combination of big words used for effect and abjectly miserable critique. 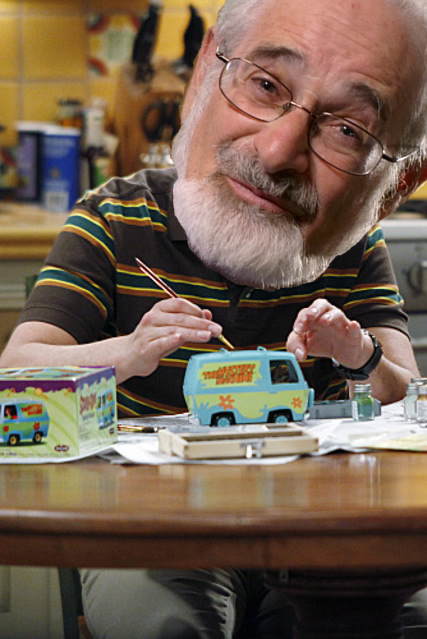 Imagine for a minute that you have spent seven years studying at university in order to gain your doctorate. You have spent further years in a laboratory honing your skills and countless hours at a keyboard writing up your work. How wonderfully rewarding it must be to have an expert such as Glantz read your paper and proclaim, with gravitas, that it: “has some nice graphs”. Hold on a second, it’s possible that “doctorate” has been confused with “Primary school holiday project”.

The coverage of a collection of research papers he presents follows up the risible modelling study he carried out. It too demonstrated a shift in focus for the ardent anti-vaping campaigner – but in doing so belies the new tactic. The hilarity invoked by his previous pronouncements and outright lies has clearly hit home. It has become apparent to him that a fear-driven strategy is not holding enough traction because of the extreme views he was putting across. The modelling study accepted some of the latest positive ecig findings but layered them with language loaded to advise continual caution.

The new tactic is continued in his blog: “Accumulating evidence suggests e-cigs 1/3 to 1/2 as bad as cigs (maybe higher)”. No longer trotting out a line that vaping wreaks all kinds of hazardous material and offers an exceptionally dangerous prospect, Glantz moves to acknowledging a reduction in harm. Unfortunately he can’t bring himself to shift position far enough.

In (embarrassingly) calling the “95% safer” figure cited by Public Health England and the Royal College of Physicians “evidence-free”, he goes on to unequivocally state it “is wrong”. Moreover, he writes: “The longer these organizations take to modify their positions on the emerging science the lower their credibility is becoming.” This is from a man who is held in such low regard eminent scientists and experts openly mock him at public gatherings. Quite how anybody who takes money from pharmaceutical companies and brazenly lies about vaping, without a second though for those who may continue to smoke as a result, has the audacity to question the integrity and credibility of others is anybody’s guess. 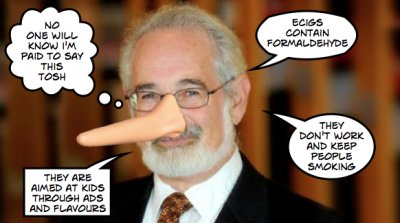 It is in his summation that he damns himself once more: “Given the evidence that effects on the cardiovascular system and lungs account for more than half the smoking-induced deaths and that at least some of the short-term effects of e-cigarette use on these systems are comparable to cigarettes, agencies concerned about public health should consider them at least 1/3 as bad as cigarettes and maybe as high as half as bad (or higher). And, that estimate if just for individuals using them, without accounting for the fact that e-cigarettes are attracting low risk kids and that kids who start with e-cigarettes are 3-4 times more likely to become cigarette smokers than those who don’t use e-cigarettes.”

His figure of 1/3-1/2 is totally fictional, as is the assertion that vaping is attracting children and leading them on to smoking. But then maybe we ought to listen to his criticism of the RCP and PHE reports? After all, he appears to be an expert in ‘evidence-free’. 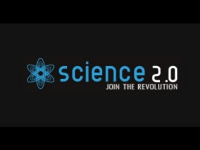