It’s Not the Nicotine

While there is an on-going fascination in the media and anti-ecig circles with never-smokers taking up vaping, the UK data doesn’t bear it out. This isn’t to say that some never-smokers don’t try or take up vaping; it’s just that according to Robert West they are a statistical insignificance. 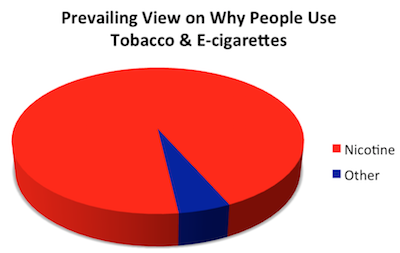 The topic is worthy of attention as, according to Brian Carter (from Consumer Advocates for Smoke-free Alternatives Association in the USA), it also informs us about the motivation by long-term vapers. In his presentation to the Global Forum on Nicotine, Carter discussed the power of non-nicotine factors in the habitual use of nicotine products.

Carter looks at data from cigarette use in people where the nicotine content is gradually reduced down to almost nothing. It is at the end point where smoking persists with around 6 cigarettes per day that he finds interesting. “That is, if nicotine really is King, this line should be trending toward extinction. I submit that we don’t see this decline because smoking is being supported by other, perhaps more powerful, non-nicotine rewards.”

He says that this indicates smokers, and vapers, are demonstrating “atomized behaviour”. He contends the act itself is linked to other stimuli such as finishing a meal, having a drink or after sex and that this is as powerful as the nicotine addiction.

Fiona Measham, professor of criminology at the School of Applied Social Sciences at Durham University, points out to The Guardian: “Among some more experienced vapers who prioritise competency in ‘cloud chasing’ skills, nicotine is actively avoided as it could disrupt their vaping ‘performances’, particularly given the quantities consumed. While public health professionals, policymakers and academics are debating about whether e-cigarettes may help to reduce tobacco smoking or entice young people into nicotine addiction, and potentially cigarette smoking, we actually listen to young people, most of whom are not interested in either of these reasons for vaping.”

Measham also worked on a study looking at trends in smoking-related attitudes and behaviours among people aged 14-25. For the people in the research, “it appeared that vaping was less about an association with nicotine use and more to do with personal choice, enhanced peer group status and socialising with friends.” 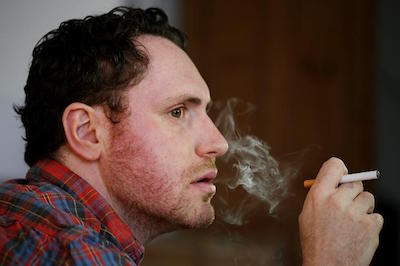 Hugo Rifkind, journalist for The Times and The Spectator, offers another perspective: “The vaping craze isn’t about nicotine. It’s about gadgets. This is a way of having drugs paraphenalia [sic] without the risk of madness, criminality or losing your teeth.”

“People are wrong about vaping. It’s not about the nicotine. It’s not even about the vaping,” Rifkind writes. “Vaping isn’t the new fags. It’s the new drugs. Although it’s not the drugs bit of drugs. It’s not the bit of drugs that will make you insane or a criminal or homeless and grappling with tinfoil in a disused railway tunnel, or 27 but looking 50 and on the game in a market town with no teeth. It’s not even the bit of drugs that’s supposed to be fun. It’s the other bit. The geek bit. The bit with kit.”

With so many vapers using their products in so many different ways, he may have a very good point – one only needs to look at a “What’s in your hand?” or “What did your Postie bring today?” thread on any forum.

And it is on that note, Rifkind signs off with a positive note for vapers: “Which is why I think it’ll last, whatever the EU bans and whether firms can advertise or not. This isn’t medicine or habit. This is more than that. This is culture.” 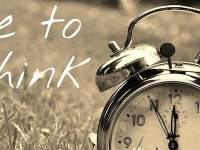