Dr Lynne Dawkins from South Bank University gave a presentation about the research produced by the team she headed up. It was on the topic of “Compensatory puffing behaviour in e-cigarette users: Blood nicotine delivery and subjective effects”.

Dawkins, along with Catherine Kimber, Mira Doug, Colin Feyerabend and Olivia Corcoran looked at how vapers self-dose nicotine in order to meet and not exceed their needs. Firstly, they referred to how smokers operate – especially when moving to lower-nicotine cigarettes. 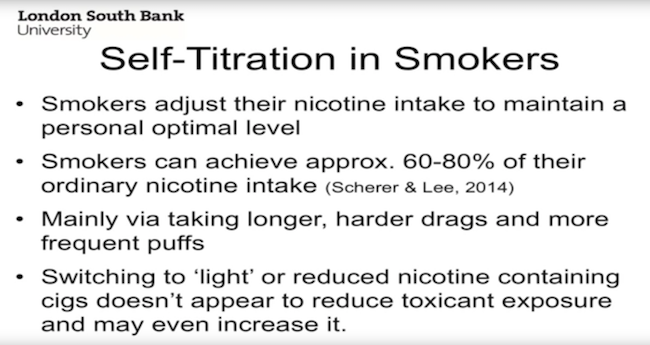 It was suggested to the team that vapers also increase the duration of frequency of puffs when moving to a lower-nic juice.

She referred to a previous study looking at 14 vapers using 18mg-containing cartomisers. Some were barely getting 2 nanograms of nicotine per millilitre of blood after vaping for 10 puffs. Others were obtaining a rapid intake of 15-30 nanograms (found in tobacco smokers), within five minutes. 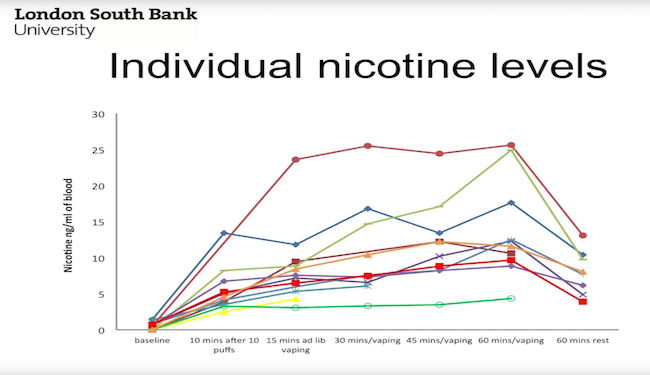 This study set the scene for the new piece of research, and was framed against the new Tobacco Products Directive imposing a 20mg/ml limit on eliquids from February 2017. We know that 9% of current vapers use strengths over that threshold, this equates to around 200,000+ vapers, but many switching from smoking beginning at a higher concentration too.

The team were interested to discover how vaping behaviour changes when given lower nicotine liquids. They were also concerned about the subjective effects, such as cravings and withdrawal, and how plasma nicotine levels fluctuated. 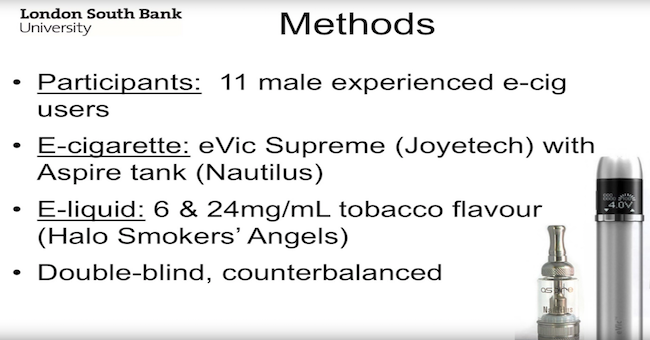 They used the Evic Supreme as it contains a puff counter and also includes software enabling the team to analyse puff duration and number of puffs over a vaping period. Subjects were selected and had the continine level measured in their saliva. Then, after going overnight without vaping, they were asked to rank how badly they needed to vape. After vaping for 10 minutes, the subjects had nicotine blood levels measured and gave their scale of craving after 10, 30 and 60 minutes. After an hour they rated their positive and negative symptoms on a scale. 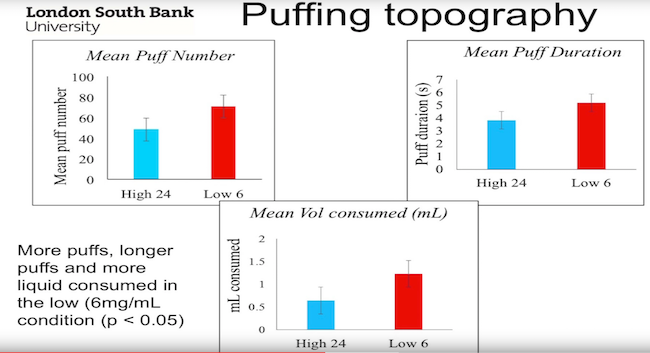 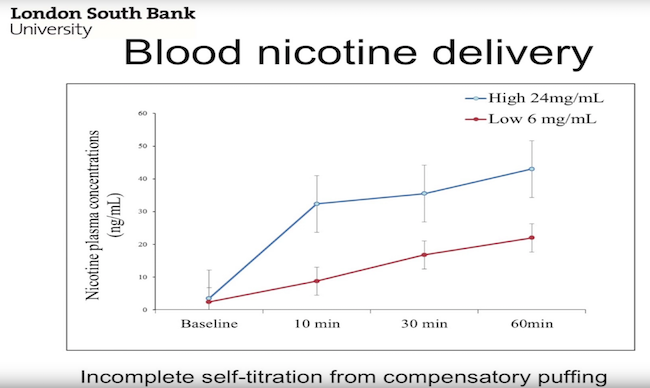 The change in puffing did attempt to compensate for the drop in nic led the team to believe that the behaviour change was sufficient to address desire/need, although they note the sample size is small and may not reflect vapers as a whole. Although the subjects reported a variation in quality of “hit” and “satisfaction” between high and low nicotine, they don’t believe there was a sufficient statistical variation worthy of note. 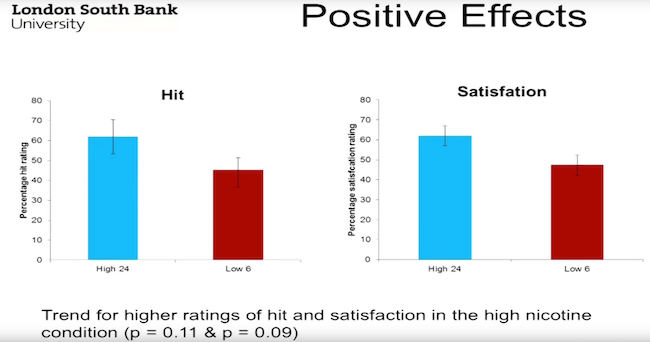 In conclusion, the team believes that vapers can effectively overcome reduced nicotine concentrations in order to achieve satisfaction by adjusting their vape behaviour, thereby reducing withdrawal symptoms. But this does leave open the door to objections based on more frequent vaping and it being done at higher wattages – something Dr Farsalinos has linked to the production of unwanted chemical products. This is one of the reasons the team suggest it is better to recommend that vapers use a higher rather than a lower concentration of nicotine in their juices. Dawkins pointed out that limiting the concentration of liquids would not lead to improve safety but could lead to adverse health effects.

The ability for vapers to self-titrate nicotine does indicate why vaping is more popular than traditional nicotine replacement products that do not offer that ability. 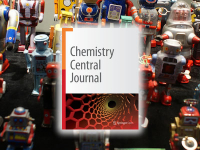 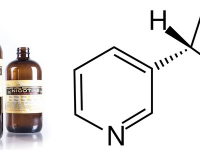