Call to Rethink Approaches to Vaping

Academics at the University of Buffalo call for a rethink in the way America is dealing with electronic cigarettes. It comes at the same time as Forbes magazine is posing the question: “Can E-Cigarettes Survive The War Against Vaping?”

“Decades-old tobacco control strategies that rely on an ‘all or nothing’ approach,” say the pair of Buffalo researchers, hasn’t kept up with the sweeping change in technological landscape. “It's time for tobacco control themes to be modernised.”

“Not since the invention of the cigarette rolling machine in 1882 has the product landscape changed so dramatically. For the first time in over a century, there are products that could make the defective and deadly cigarette obsolete. The dramatic landscape change warrants a rethinking of past tobacco control strategy, from an all-or-nothing approach to a harm-reduction approach,” says Lynn Kozlowski and David B. Abrams. Kozlowski is a professor in Community Health and Health Behaviour while Abrams is an executive director of the Schroeder Institute for Tobacco Research and Policy Studies at the Truth Initiative.

But there is a great challenge standing in the way of progress, according to Forbes: “the forces arrayed against the many little players trying to grab a piece of that smaller-than-expected pie are daunting. Vaping entrepreneurs are up against a three-headed monster–Big Tobacco, the Food & Drug Administration and an army of antismoking zealots–which is able and more than willing to wipe them out.”

Challenges to an enlightened approach don’t come much bigger than Governor Jerry Brown’s Californian administration. Brown’s puritanical quit or die approach is justified as being a war waged against a predatory industry. “Despite threats from the Big Tobacco lobby,” billionaire Tom Steyer made by way of excuse, “Gov. Brown and the Legislature sent a clear message: We will do everything possible to save lives.” Everything possible except listen to the science and common sense.

It is moves like those being made in California that add a fourth obstacle not considered by Forbes in their piece: precedent. With legislators not being versed in the science, their default position is to look how other administrations have dealt with the issue, under the misguided belief that they will have carried out due diligence. And so Kittas County in Washington State pushes for its own ban on vaping in public because, well, it is what everyone else is doing.

All of this feeds into the public psyche according to Kozlowski: “In the past few years, more smokers now wrongly believe that Alternative Nicotine Delivery Systems, including electronic cigarettes, are as harmful or more harmful than cigarettes and are thus less likely to switch to them to quit smoking.”

With vaping facing a global legislative tsunami, is there hope for the future? 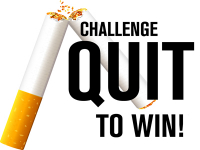 Quit and Win vs. Quit or Die 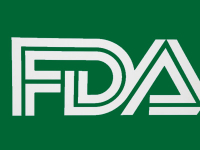