After reading a news article about a demonstration by vapers in her homeland of Canada, Nanci Guest took to Twitter to argue for the rights of non-smokers/vapers to breath “clean air” devoid of “chemicals”. Despite holding a PhD, the sports dietician demonstrated a frightening lack of appreciation for chemistry and physics. 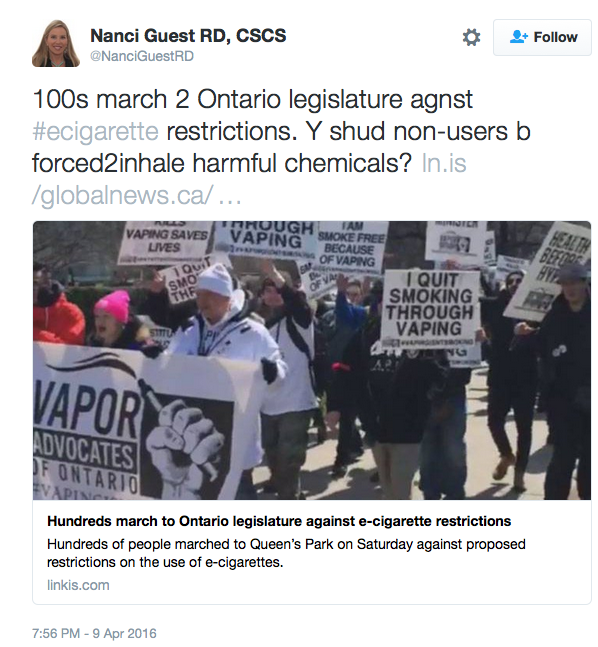 Canadian vapers were incensed by proposals to place draconian restrictions on their choice to take nicotine in a manner that is at least 95% safer than smoking. Hundreds of people marched in protest to the plans.

Charlie Pisano, spokesperson for the Vapor Advocates of Ontario, said: “It’s very damaging to anyone who wants to quit using cigarettes and wants to use vaping as a way to do that.” David Sweanor, of whom we have mentioned many times on POTV, joined him in his condemnation. Sweanor added that the legislators are “preventing people from using these products, finding out how it works. They’re treating them just like cigarettes in terms of where they can be used. They simply are not like cigarettes.”

Nanci’s opposition to the demonstration and vaping drew swift rebuke, with people pointing her towards the Public Health England report. 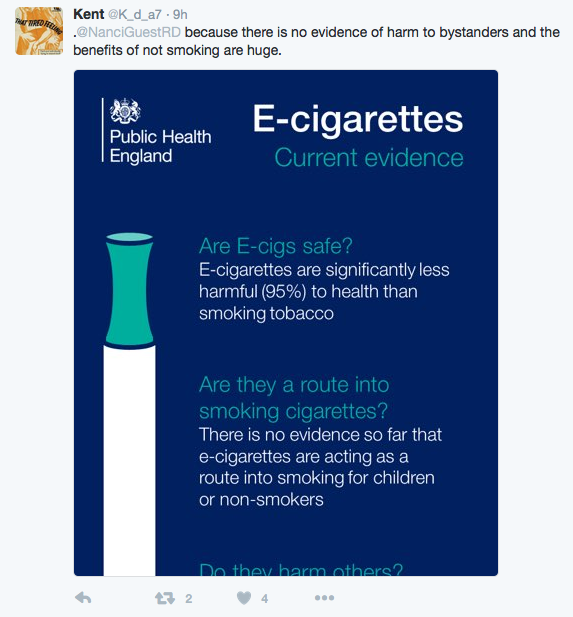 Unable to admit she had backed herself into an intellectual corner, Guest replied by citing a much-derided study – possibly one of the worst she could have relied upon – and highlighted in turn the struggle she has comprehending science and the research process. 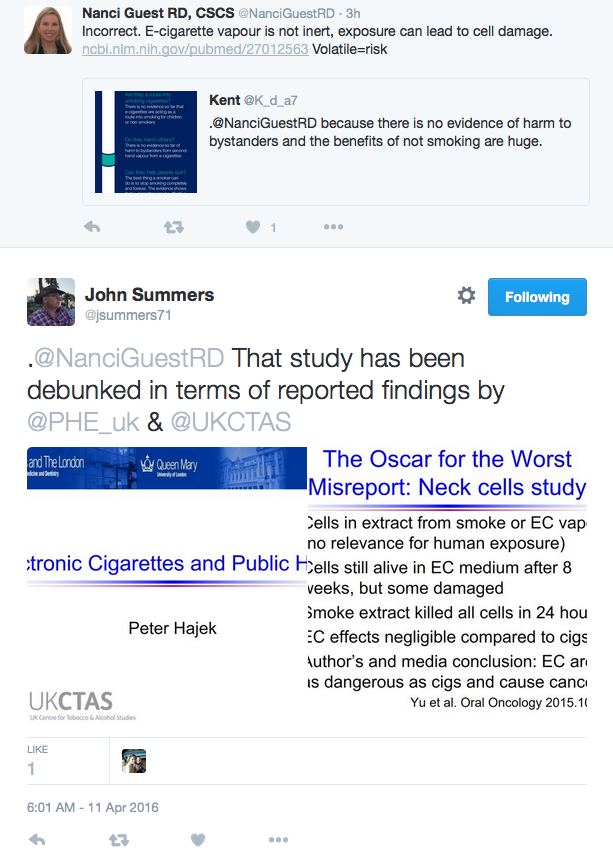 Rather than responding to the polite points raised Nanci took to the block button, deleted her tweets and reposted the original grammatically challenged tweet. So far she has not deleted or responded to further replies directing her to better information. 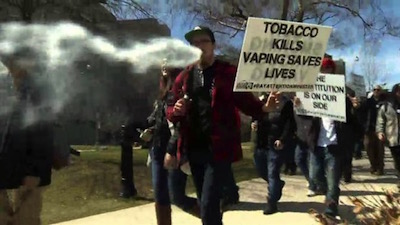 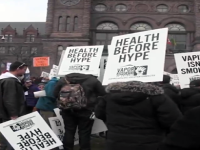 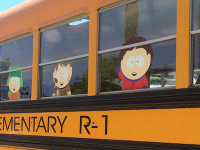