The National Centre for Smoking Cessation and Training (NCSCT) is responsible for providing guidance, training and support to local and national stop smoking service providers. Their latest briefing on the subject of electronic cigarettes offers a huge slap in the face to outspoken opponents of harm reduction such as Martin McKee. 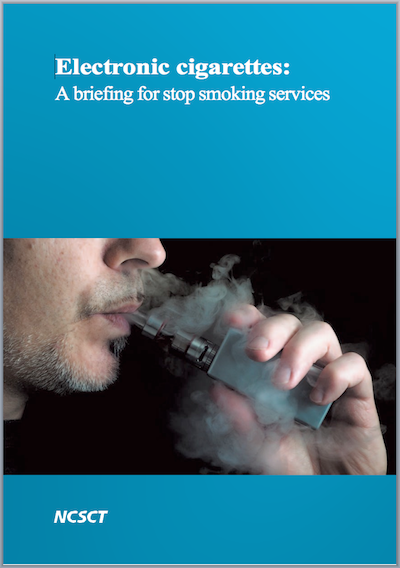 “The debate is far from over and questions remain about their benefits and harms,” said Professor Martin McKee last year. “A fundamental principle of public health is that policies should be based on evidence of effectiveness. So does the available evidence show clearly that e-cigarettes are as effective as established quitting aids? Unfortunately not.”

Irrespective of whether the champion of ignorance and misrepresentation considers the debate done, the NCSCT briefing makes for compelling evidence that, for the NHS, it is. The document begins from the premise that the Public Health England report (criticised by McKee) was comprehensive and provided the foundation for the advice now being given to frontline staff.

What this document does in accomplished fashion is to shoot down the myths, lies and baseless fears propagated by those who do a disservice to their positions. Whether you are new to vaping or a seasoned vaper, the points they make are a joy to read:

On the use of vaping equipment

On advice for service providers

The document makes four simple points, stunning in the level of common sense given to create an e-cigarette friendly service:

At this point it is worth noting that the only comment Martin McKee has made on the subject of vaping since this publication was released was to retweet a Simon Chapman tweet proving that neither of them understand statistics. 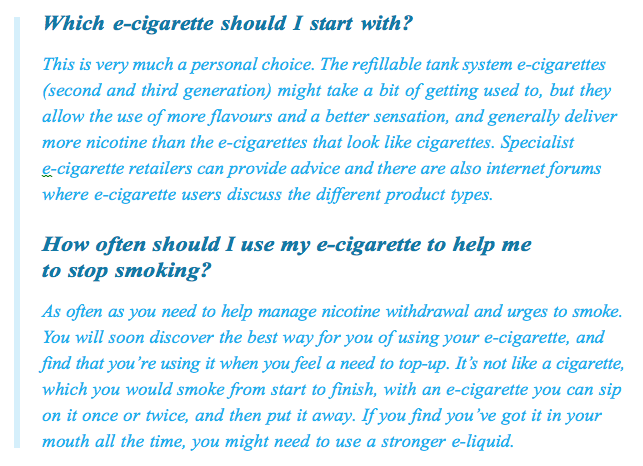 The NCSCT emphasise the comparative safety of vaping, something Chapman and McKee refuse to accept despite all the evidence supporting the position. They go on to confirm the absence of a gateway effect by stating that virtually all vapers are ex-smokers or current smokers who are looking to quit or a convenient alternative. The report confirms the progress made by technology and that newer products are more effective at delivering nicotine. When combined with the stance that vaping is more successful than alternative nicotine replacement therapies it doesn’t so much knock a hole in McKee’s anti-ecig boat – but torpedoes it then scuba dives down to the wreckage and blows the rest to smithereens.

McKee and Stanton Glantz have claimed such a thing as second-hand and third-hand vape is genuine. No: 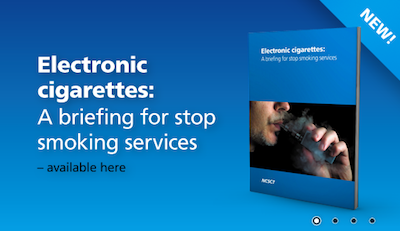 And Simon Chapman’s statistically-challenged tweet intimated that dual users don’t cut down, not so according to the NCSCT:

The briefing continues with a brief coverage of the research to date before continuing to explain to quit staff why many smokers experience dissatisfaction when trying vaping for the first time. It amplifies that most move on to the cigalike products, which are notorious for providing a lower level of nicotine and pleasure.

Example questions lead to standard answers for want-to-vape service users. Topics include the strength of liquid, types of flavour and what brands of equipment to purchase – they even deal with the topic of exploding li-ion cells. In summary, it is an outstanding document that deserves to be read by vapers and those looking to make the switch. 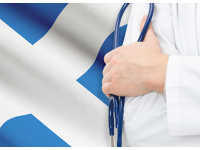