Film and television actors have received historical criticism for portraying smoking on the screen. Now, even though they are vaping in their spare time, they are being attacked for promoting an undesired lifestyle choice. Worse, the organisations they work for are caving in to the public health lobby.

“I find myself weirdly conflicted about the issue of smoking in the movies, and the role of the on-screen cig in inspiring new generations of adolescents and young adults to buy a pack and amp up their ‘cool’ quotient, because it's never too early to become an addict,” writes Michael Phillips in the Chicago Tribune.

Phillips looks back fondly on the days spent in cinemas watching actors lighting up and exhaling clouds of smoke. And he, like most of us probably, wonders about the hypocrisy of an industry that has turned its gaze on vaping as something requiring self-policing. The fear is the normalisation of the act of smoking through seeing people vaping as if this were a thing. The electronic cigarette boom continues coupled with an on-going decline in smoking rates, a single fact that (as if it were required) destroys any normalisation argument. Meanwhile the movie houses continue to churn out flick after flick depicting and glorifying in bloody violence and the rampant use of guns – to which it is probable a far greater correlation could be drawn with murder. This isn’t to say that guns in films have a causal link to drive-by shootings, it simply stands in stark contrast to the over-reaction in banning vaping. 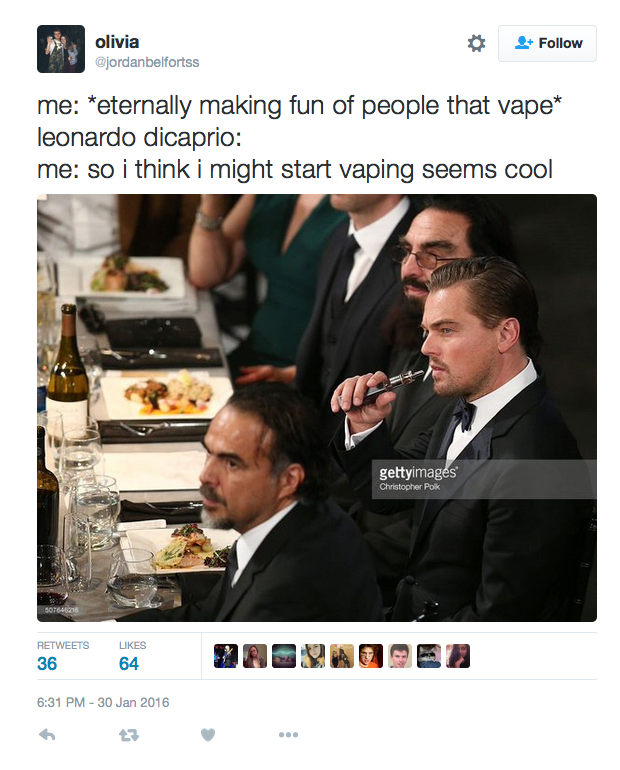 And vaping is to be banned for actors. The Guardian reports: “The (Academy of Motion Pictures Arts and Sciences) will ban e-cigarettes at (the Oscars) prize ceremony.” The American Lung Association slated the star of The Reverant after he was spotted using a box mod and tank at the Screen Actors Guild awards last weekend.

It isn’t the first time DiCaprio has vaped in public – and it caused no problem for director Alejandro González Iñárritu, Kate Winslet and her husband who were sharing his table. But it was an issue for those who see it as their duty to police the public. The American Lung Association immediately penned a “strongly worded memo” that called on the Academy of Motion Pictures Arts and Sciences to take direct action in order to prevent DiCaprio’s “deeply troubling” habit from being shown during the Oscars ceremony. “Without Food and Drug Administration regulation and review, we simply don’t know what is in e-cigarettes,” continued the compilation of stupid.

It might be reasonable not to expect to see a nomination for A Billion Lives. 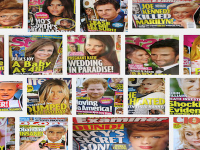 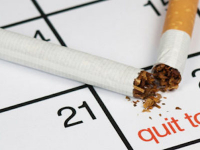 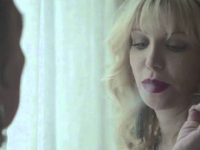