In a bid to differentiate the nicotine in vapour from the nicotine contained in patches and gum (while conveniently forgetting inhalers), yet more science dribbles out of the USA’s West Coast. 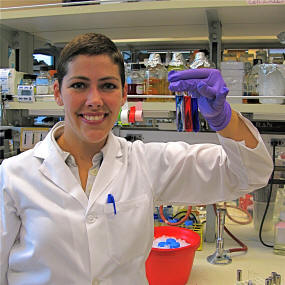 “The debate over the safety of e-cigarettes has taken another turn after US researchers found evidence to suggest that they are toxic to human airway cells, suppress immune defences and alter inflammation, while also boosting bacterial virulence,” wrote The Pharma Times.

The claims rest on yet another case of mice being locked in a chamber and forced to breath nothing but vapour. Unsurprisingly, in this toxic environment the mice fared badly. Staphylococcus aureus bacteria present in the test chamber were observed to form a thick surrounding film enabling them to resist attack by the natural defense systems. The scientists claim that a secondary feature was observed that the bacteria became more aggressive. 100% of the experimental mice survived exposure to normal bacteria strains whereas 75% survived the altered version.

Laura Crotty Alexander, lead researcher, said: "This study shows that e-cigarette vapor is not benign -- at high doses it can directly kill lung cells, which is frightening.” Alarm bells ring at this point due to the fact we are talking about “doses”. Just as with the previous debunked mice studies, dosing is (likely) far in excess of that which is experienced by the normal vaper when using their equipment.

Cherry picking her arguments, Crotty Alexander added: “We already knew that inhaling heated chemicals, including the e-liquid ingredients nicotine and propylene glycol, couldn't possibly be good for you. This work confirms that inhalation of e-cigarette vapor daily leads to changes in the inflammatory milieu inside the airways." Vapers know that vaping isn’t ‘safe’, but this study fails to correlate experimental data with real-world usage.

This isn’t the first time researchers have made such a link (and been lambasted for it). Last year, the John Hopkins University produced a similar piece of work. They too claimed: “Exposure to electronic cigarettes impairs pulmonary anti-bacterial and anti-viral defenses in a mouse model.” 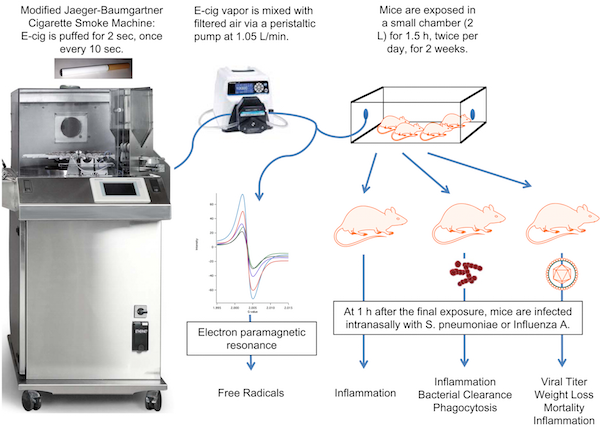 Current feeling is that the Californian study will have replicated a number of flaws found in the Liverpool study and errors made in other research criticised by Dr. Farsalinos. The research is hidden behind a paywall; we will update you when access to the research is opened up. 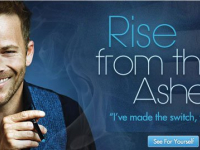