JAMA Pediatrics is a medical journal giving all the appearances of being fully funded by pharmaceutical companies given its continual crusade against electronic cigarettes. We have covered a number of contrived pieces of research they’ve published. The latest appears to be equally dubious. Just like when they lent credence to a report that said children progress from vaping to smoking, the recent piece stating that ecig use causes respiratory problems is basing conclusions on results that aren’t there.

“Electronic cigarettes are increasingly used,” the authors write, “but their health effects remain unclear.” Unfortunately the health effects remain as unclear after the research as they were before. The report is an exercise in publishing simply to put forward an opinion, not one grounded in science.

For a starter, the research was nothing more than a self-completed questionnaire where children assessed for themselves if they had difficulties breathing. It’s a pointless exercise in statistical manipulation and devoid of any lung function measurements.

It is clear that the purpose of the report was to allow the team to issue a press release to Reuters condemning the growing popularity of vaping. This included children who claimed to have “respiratory problems” on the basis of displaying a cough or phlegm. This is because the team hold fears regarding the “particulate matters” in ecigs, as “children are particularly vulnerable to respiratory pollutants.” These are children in Hong Kong. This is looking at children living in one of the most polluted cities on the planet - a city laden with smog, heavy metals and carcinogenic gases. The smog is such an issue that Hong Kong is almost the darkest city in the world. Greenpeace say: “Millions of people in China are breathing a hazardous cocktail of chemicals every day. These chemicals are caused by coal-fired power plants, factories and vehicles, and are responsible for heart disease, stroke, respiratory illnesses, birth defects and cancer.” If you were going to select a location for children to carry out a self-assessment then this probably isn’t the location for it.

In fact, so ridiculous is the design and location of this survey that it isn’t worth covering any of their findings. One only needs to read the quote given by one of the authors, Dr. Daniel Ho: “While supporters are optimistic about the potential for harm reduction in the minority of established cigarette smokers, (for) which convincing evidence is lacking, this does not seem to justify the potential harm of re-normalizing cigarette smoking, delaying smoking cessation, and escalating to real cigarette smoking, especially among the majority non-smoking young people.”

In that one sentence he repeats the Glantzisms of renormalisation, the gateway effect and a trite rebuttal of efficacy. This isn’t science and there is no evidence, it ignores the striking and strong evidence to the contrary. This is bunkum, this is balderdash – it’s a load of phooey from Hong Kong. 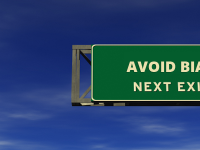