Professor Abigail Friedman, Yale University, has published an important addition to the body of work hammering home that there is no gateway effect leading vapers into smoking (regardless of age). It found a statistically significant link that demonstrates youths were vaping in place of smoking – and when barriers were put in place they took up the more dangerous option. 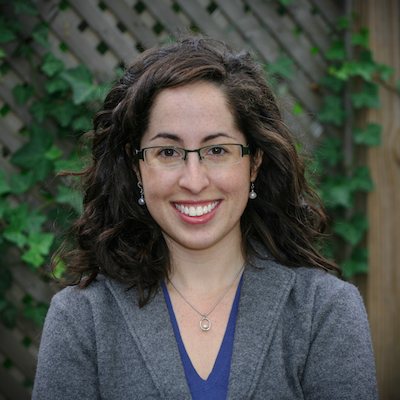 Friedman specialises in applying behavioural and health economics to the study of individuals’ health behaviours and health-related decision-making. Her current project looked at how electronic cigarettes impact teen smoking. The full report is locked behind a paywall but Planet of the Vapes has been able to view a copy.

Her conclusion makes the striking statement that: “Across multiple datasets and identification strategies, this paper’s analyses consistently find that electronic cigarettes reduce teen smoking.” It is as bold a support of the efficacy of vaping as you are likely to find from American academia.

She points out that the study reflects electronic cigarettes as a new product in a relatively unregulated market: “these findings may not reflect adolescent behaviour in a context where e-cigarettes are less novel or controversial, regulated differently, or marketed differently.”

But what remains is that her regression analyses considered how state bans on e-cigarette sales to minors influenced smoking rates among 12 to 17 year olds. In her words: “Such bans yield a statistically significant 0.9 percentage point increase in recent smoking in this age group, relative to states without such bans.”

And, as a warning to those who would seek to legislate under the guise of protecting children: “Banning electronic cigarette sales to minors counteracts 70 percent of the downward pre-trend in teen cigarette smoking in the states that implemented such bans.”

Announcing the findings, the Daily Caller report her as saying: “If banning e-cigarette sales to minors [is] causing more of them to take up smoking, then the current policy trend is almost certainly a net negative for public health resulting in millions of cumulative years of lost life.” 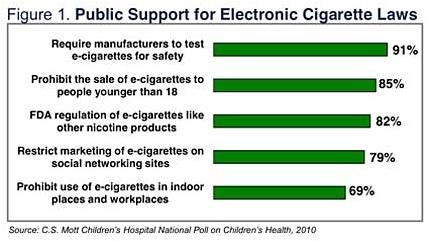 It should be noted at this point that the article also included positive coverage for the Public Health England (PHE) 95% report: “The study said that while e-cigarettes may not be totally safe, they contain almost none of the chemicals in cigarettes associated with serious diseases like lung cancer and emphysema.” It said the report was welcome given the actions of Senate Democrats, who are urging the White House to clamp down on advertising, ban flavours, add compulsory health warnings, and (counter to the recommendations of this study) introducing a minimum age standard.

While meekly conceding, “e-cigarettes likely don’t cause cancer and lung disease,” the Weekly Standard described Friedman’s research as “interesting and perhaps a bit distressing.” It states that: “the policy of banning sales of e-cigarettes to children has support from anti-smoking groups, major tobacco companies, upstart vaping companies, vape-store owners and advocacy groups that speak for vapers.”

But surely good policy is one based on evidence - and if new evidence comes to light then shouldn’t bodies reconsider their positions or do we have to keep to fixed opinions? As ACSH comment: “One examination of e-cigarette policy won’t settle the issue but at least it addresses a potential problem of limiting harm reduction measures for young smokers.”