A number of pictures are doing the rounds on social media depicting a mouth injury sustained by Travis Nummerdor from South Dakota, USA. He describes a no-fault venting accident while others point fingers at known problems with his equipment – and some even suggest the story is entirely fictitious, claiming the mod is being blamed in order to divert attention from other possible causes. What the incident does highlight is the importance to be informed when buying and using mods and batteries. 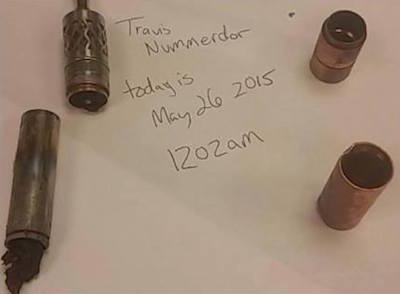 Initially believed to be a Tarsius Customs 4Nine mod in conjunction with a Tobh dripper, later images revealed that the atomiser was in fact an Aspire Atlantis or Nautilus. A number of reviewers and users have previously commented on the 4Nine’s lack of apparent venting, some such as Maker Story said: “There is also a strange lack of visible vent holes at the bottom – but then I found a couple of indentations that I had doubts would work. Still, it would allay safety concerns if the venting was a little more airy- so air has no time to compress if you happen to short your battery.”

These indentations have proven to be an issue as venting batteries expand and block them – so too has the use of atomisers without protruding pins on top of hybrid mods. Eddie Mock, of the Utah Smoke-Free Association, wrote: “If he was using the 4nine pictured then I can almost guarantee it was a hard short on the hybrid connection. People don't check their atty 510 pin to see if it protrudes from the ground to make sure they don't hard short. Education in battery and mod safety is so important. Glad he appears to be alright though.” 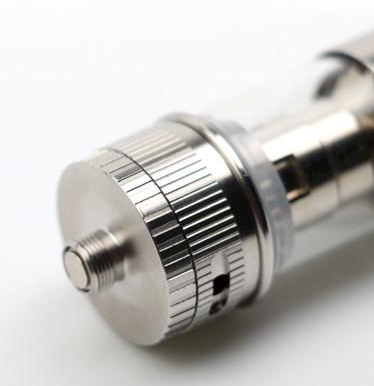 Some have posed alternative scenarios and expressed surprise at the manner of the injury sustained, to which Travis replied: “Look man i know u think your csi but look the mech mod blew up cause of the combination of floating fireing pin tank with a 4nine. Shit happens weather you believe it or not.” A position confirmed by other members of his squadron on Ellisworth Air Force Base.

It is clearly an issue that vapers should take seriously. Ensure that you are using and charging a battery safely and within its limits. Be certain that your mod is capable of coping in the event of a battery venting and always use an appropriate atomiser. Members of the POTV forum are always happy to share their experience and advice.

Chuff Aluffigus was one of the first people to test the venting design of the Ameravape Manhattan mod, following allegations that it was a pipe bomb, using equipment in his engineering workshop. In this video he shows a battery venting due to a short. The gases produced would be confined within a mod that has poor venting and lead to an explosion at its weakest point:

In this video he shorts batteries within mods and records the results: 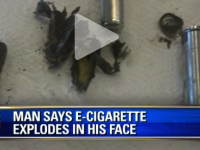 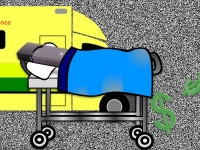