National Jewish Health (NJH) researchers in Denver, like the study in Japan that preceded it, have released conclusions from a study but not the methodology and data. And, similarly, their conclusions are negative.

NJH researchers, led by Doctor Hong Wei Chu, tested eLiquid for its potential to damage human cells. It should be noted that this research is not listed on his webpage or that of the Chu Laboratory. In fact, following the online trail of links to obtain the full study ends in a ‘404 Not Found’ error. 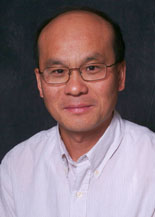 The methodology is limited to the reported process that, “his team put cells from the airways of healthy, young, non-smokers in one end of a device and an e-cigarette in the other.” 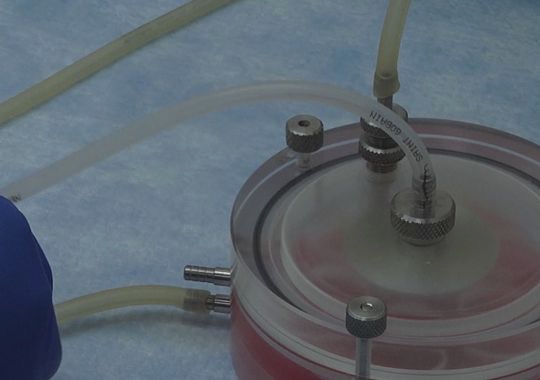 The images of the experiment show that vapour was somehow drawn over in-vitro cells contained in a petri dish. Chu claims that these cells were from healthy non-smokers. Chu said: “It increased the level of viral infection inside the cells.”

Chu claims that nicotine was not responsible for the observed effect and that it is the liquid that is responsible. One wonders if he meant ‘vapour’?

A clue to the motivations of the research team is revealed when reading their accompanying comment regarding the flavours of eLiquids. Chu added: “When you flavor (SIC) them that way, not only are they appealing, but, falsely, the user sees them as ‘Oh, no big deal. They're not bad for me.’”

The release of this “research” was cynically timed to coincide with Americans making New Year’s resolutions to quit smoking. Devoid of substance, its only aim is to influence would-be quitters into avoiding ecigs. 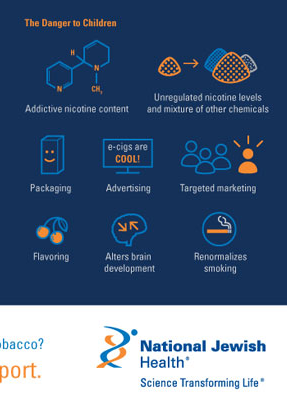 The NJH has previously published irresponsible ‘warnings’ about the dangers of vaping, repeating debunked conjecture and demanding we think about the children.The NJH promote the use of NRT products that have been proven in research to be inefficient and hold a poor success rate when compared to vaping.

They say: “Amy Lukowski, PsyD, MPH, oversees a tobacco quitline at National Jewish Health in Denver that services 12 states. Lukowski says her counselors field calls from up to 22,000 people a month who are already addicted to nicotine, and she is worried those numbers will only grow because of the rapid rise in popularity of e-cigarettes.”

In the most recent available statement of earnings for 2007, National Jewish Health do not stipulate how much of a $77million income is from pharmaceutical companies or how much of that and the $75million income from government was paid to promote NRT products. 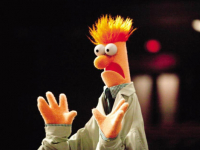 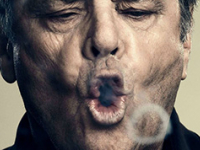 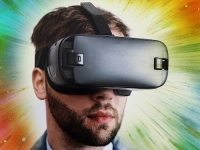