The growth and suppression of e-cigarettes

It’s been an interesting year in the electronic cigarette market with the launch of new and improved technology, the rise of the box mod, relaxed advertising rules and, as a result, now soaring UK sales figures.

Market research firm Nielsen have released data that shows the sales of e-cigs jumped by massive 49.5% in the past 12 months.

A change in the advertising laws this year now allows e-cigs to be shown in adverts. In November this year we saw the first UK TV advert for e-cigarettes , which appeared almost 50 years after traditional cigarette adverts were banned from British television, amidst a storm of controversy. One has to wonder if this advertising is contributing to the fantastic rise in e-cig sales figures.

All the above points combined (as well as the rise in the cost per cigarette, the e-cig growing in the public consciousness thanks to the uptake by celebrities such as Leonardo Dicaprio, and concern about the effect of smoking on health) has led to the e-cig now becoming the UK’s fastest growing supermarket product with roughly 17.3 million devices sold in the 2014 period. Since 2010 the number of people that regularly use e-cigarettes has tripled to at least 2.1 million people in the UK that vape.

Cigarette sales continue to decline (around 2.2%) and the use of NRT (Nicotine Replacement Therapy) products have seen a drop of around 6.1% as more people embrace vaping as the tool of choice to kick smoking for good.

In the USA, the retail vaping industry is forecast to reach a whopping $3.5 billion this year meaning that the market has more than doubled since the £1.7 billion estimate back in 2013 according to Bonnie Herzog, Wells Fargo Securities' senior tobacco and beverage analyst.

The only thing now standing in the way of US e-cig vendors are the pending regulations set out by the FDA (Food and Drug Administration), who retain regulatory authority over cigarettes, cigarette tobacco, smokeless tobacco and roll-your-own tobacco. Under the Family Smoking Prevention and Tobacco Control Act of 2009, the FDA can "deem" additional products be subject to the Federal Food, Drug and Cosmetic Act, according to Jennifer Haliski, an FDA press officer.

Under their proposed regulations US based retailers of e-liquid and some manufacturers would be required to complete a new application process to get approval for their products before sale, which may prove too costly for some of the small “homegrown” businesses and see the decline of market choice. This, by extension, could have dire consequences for smaller vaping shops that stock a variety of liquids from different vendors, in much the same way that some pubs and bars stock local craft beers. Larger e-cig firms would feel very little impact from the cost of the new testing and approval process.

Where the US leads, the UK could also follow, particularly considering the concerns expressed by the EU and the potential for ensuring all e-liquid manufacturers have a pharmaceutical licence. This would impact the UK’s own small and medium liquid manufacturers, leaving the door - and market - wide open for the big tobacco and big pharmaceutical companies to take over, sweeping away the competition and mopping up the gap left in the market.

Many see this as a suppression of small business and a limiting of choice. Some, however, see the introduction of such regulation as a necessary step to quality control in the quickly growing electronic cigarette market, particularly when there is so little information and advice on the ingredients included in liquids. With the number of clones now on the market one has to ask whether intellectual property is being stolen or if creative thinking is being forced to bloom.

Let us know your views on regulation in the comments below. 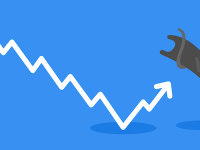 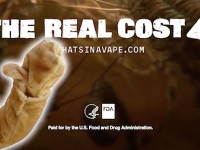 Something Stinks in Gottlieb’s Toilet Campaign