The Daily Maverick is a unique blend of news delivered from a newsroom in Johannesburg, South Africa. Ivo Vegter, an independent columnist, international speaker and author, argues in it that only Big T and Big P seek and will benefit from legislation.

In a global market worth $3 billion, and continuing to grow rapidly, both the pharmaceutical and the tobacco industries would like to be the key players, claims Vegter. He believes governments are only too happy to play along, supporting business lobbyists and sacrificing public health in the process.

The World Health Organisation, no less, predicts a seventeen-fold growth in the value of the market by 2030, to exceed $50 billion.

“If governments were consistent, they’d hand e-cigarettes out like condoms,” he writes.

He points out that to boost access to traditional NRT products in the States, the regulatory body removed all restrictions on patches, gum, inhalers, mouth sprays and lozenges because none of the products “appear to have significant potential for abuse or dependence.”

The reason for such a light touch on these products, reasons Ivo, is that moral crusaders are appeased because the products are not enjoyable to use. It is an argument that resonates with those of us who have frequently read that adults do not like Lemon Meringue Pie flavoured juice.

Rita Chapelle, spokesperson for the FDA said: “We are concerned about the potential for addiction and abuse of these products. We don't want the public to perceive them as a safer alternative to cigarettes.” 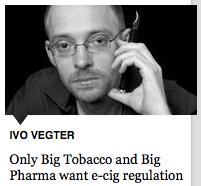 Vegter believes that neither do the pharmaceutical and the tobacco industries. It is the tobacco reference that peaks interest; he believes that they do not consider cigalikes to be in their business interest given the falling sales since 2012. Keeping customers on cigarettes is more profitable and a market they know well, having created it themselves.

With reference to the creation of legislation across the globe, those who currently have power and the profits “evidently find the idea of a dynamic, rapidly innovating, and flourishing private industry just too horrible to contemplate.”

Vegter points to the examples of Big-T owned cigalike brands in the USA now sporting huge warnings on their packets, the same Big-T companies who campaigned so vigorously to not have the same warnings placed on traditional cigarette packets. He refers to British American lobbying in Australia in order to get ecigs classified as medicinal products. Why? “Smaller independent e-cigarette manufacturers would suddenly be at a huge disadvantage, having to get products approved for pharmaceutical use. Meanwhile, Big Tobacco dodges the advertising ban that would ensue if e-cigarettes were declared to be tobacco.” 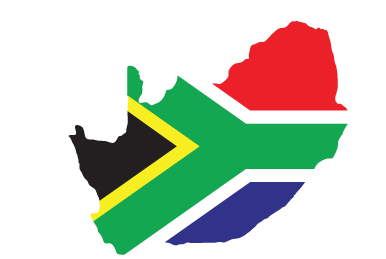 He reports that The Pharmacy Council of South Africa refused to endorse e-cigarettes, instead referring the question to the Medicines Control Council (MCC). According to a legal opinion published by the Cancer Association of South Africa, they are now regulated as medicine, and can only be sold in pharmacies. He notes that the same tobacco company that lobbied for exactly this outcome in Australia has a virtual monopoly in South Africa.

Ivo concludes: “There is no substantive evidence that e-cigarettes are harmful, beyond the nicotine they contain. There is also no reason to believe they might prove harmful in future. They are certainly far preferable to tobacco. They do not act as a gateway drug that causes addiction. Most vendors voluntarily include the right health warnings and safety precautions related to nicotine. There is substantial and growing evidence that they do help smokers quit.” 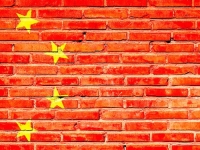 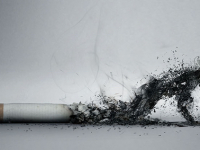