The United Kingdom Vape Industry Association (UKVIA) hosted a webinar on how to combat underage sales in the vaping industry and is encouraging its members and the wider industry to adopt better procedures. Speakers represented Trading Standards, Serve Legal, 1account and JUUL Labs, offering their own perspectives and expert knowledge to promote a responsible industry.

Hosted by Secretariat Clarence Mitchell, the webcast began with Jo Mahoney, Senior Trading Standards Specialist at Buckinghamshire & Surrey Trading Standards. Mahoney said that businesses should be adopting Challenge 25, a strategy embraced by the alcohol on and off sales sectors. She commented that there may be times when a 30yr old is asked for evidence of age, “it’s embarrassing but they won’t get angry.”

Wondering how the compulsory wearing of facemasks might impact this approach, she believes it is acceptable to ask someone to remove their mask in order to ascertain their age.

Another prong to the retailer’s fork is the ‘refusals book’. She believes that documenting each time someone is refused to purchase vape equipment provides benefits to the store in case they make an error of judgement during a test purchase operation.

Mahoney highlighted that one of the problem areas is small newsagents that sell alcohol and tobacco. She said they usually begin using a refusals book where they logged age checks - but then stopped because staff forgot or decided not to bother. She suggested the use of a till prompt to combat this.

The problem is that both the member of staff and the retailer can be in trouble for allowing underage sales, so she suggested that a record is kept of training and when training has been updated.

Providing evidence of training and a history of refusals can help to prove that a thorough effort is being made to restrict sales.

Ed Heaver, Founder and Director of Serve Legal, the market leading provider of ID and compliance testing services in the UK & Ireland, conducting around 14,000 audits per month across the UK and Ireland for many major blue-chip multiples and single site independents.

He said they have been checking the online services offered by retailers, “but in all honesty it’s not great. There are responsible retailers who use the best engines and technologies but it comes at a cost and they can be switched off if you don’t want to check.”

This has become an issue recently as Heaver stated that compliance during COVID has dropped compared to last year, “it was like people thought there wouldn’t be people checking up on them and they could increase margins.”

Heaver shone a light on the major potential issue here: sting operations by national newspapers looking for a salacious story only need to make a single purchase from someone not operating proper checks.

He said ‘out the box’ ecommerce solutions rarely come with the correct age verification capability, sometimes smaller retailers switch it off for fear of the cost, some retailers need to verify thousands of purchases a day, and sometimes the speed of checkout can be slowed by the software.

Also, once in place, the software requires continual testing day in day out to demonstrate that age verifying is being conducted as the business thinks it should, “cutting out loopholes or errors”.

Randall praised UKVIA for detailing a list of recommended providers of age verification software on a sliding scale of cost and ease of use, “so there’s no excuse that you can’t plug something into your website.” 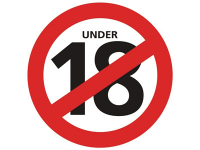 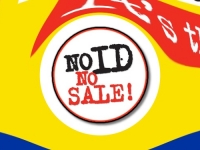