The company Vape Cige is new to many vapers but it has been going for the last four years under the name Rainbow Heaven. In its previous guise it was known for making and distributing cloned products of dubious quality but with the new name and website they hoped to follow Hcigar’s lead into the originals market. While some lusted after the freshly launched VTbox (replete with a genuine Evolv DNA200 chip) others predicted it would all end in tears.

“Wise up! Sucker!” sang Pop Will Eat Itself - and host of smug vapers as VapinFagan released his video on YouTube. He told a tale of poor build quality to the amusement of onlookers who had not stumped up around a hundred pounds to be among the first to try out Evolv’s brand new chip. 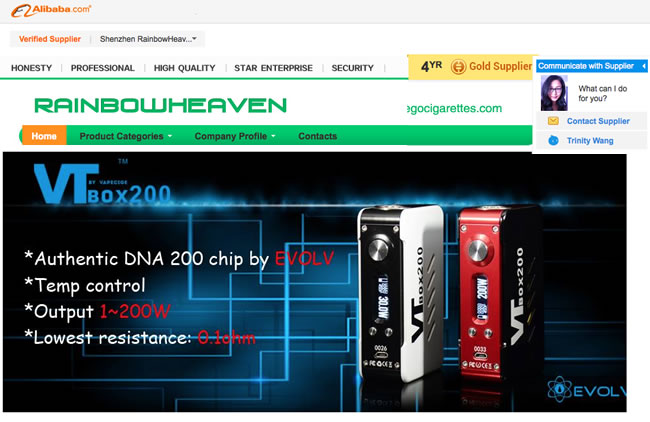 The VTbox200 was available for distribution to vendors and group buy organisers through Vape Cige’s website and their old Rainbow Heaven Alibaba. The company’s transition into new original waters hit problems as they struggled to obtain a white coating that stayed on the mod. Orders were quickly swapped for the hitherto unmentioned red and black version so they could meet demand and get a mod to market before other companies released their DNA200-powered boxes. 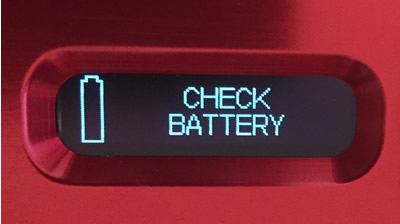 The rush to fulfil demand inevitably led to a fall-off in quality control which, when combined with some design errors, has resulted in an almost unprecedented failure rate. As complaints surfaced across social media during the 48-hours after the first batch was delivered the company made a single Facebook post: “We have nothing to say”! This post was subsequently deleted but indicated that events were slipping out of control.

One UK vendor has experienced 50% of the customer reporting issues that require replacement mods to be shipped out from China. So what are the problems? 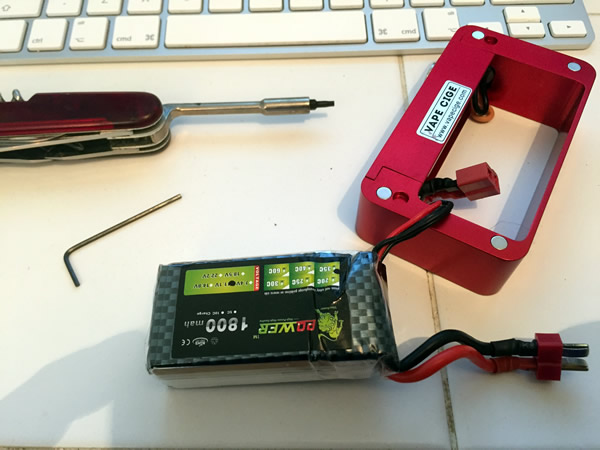 It is possible to overlook one of the biggest successes in all of this – the chip and the software produced by Evolv. Beeky, a member of Planet of the Vapes’ forum posted: “The DNA 200 is a remarkable and very customisable chip. The VT Box it is wrapped in is very nice to use. And the EScribe software makes customising the device straightforward. The range of customisable features meant that I could fine-tune a perfect vape (for me) on all 4 tanks and switch easily via the saved profiles.”

“I found that tweaking the preheat power and punch really smoothed out the vape. I wasn't expecting too much difference but the back-to-back tests against the Sigelei highlighted just how much smoother the vape was. I've also found that I can raise the wattage higher than I would normally vape on the other devices and maintain a smooth, more flavoursome vape and with more cloud.”

And how is Vape Cige planning to change the production process now? In response to questions put to them they apologised for the delay of the white version but promise it will be in stock for despatch w/c 31.8.15. They have assured Planet of the Vapes that these models will have had all of the red version’s shortcomings addressed. Importantly, this includes the un-chargeable state of some supplied LiPo units.

The company acknowledge the error with the cell’s connector and promised to address it immediately but they will not be changing the 510-connector so the atty-gap will remain. They restated their intention to replace all DOA and subsequently unusable units as part of their 12-month warranty but point out that cover for the LiPo is limited to one month from delivery that (unless they have massively increased the standard of QC checks) may prove to be problematic in the near future.

A growing number of vapers have expressed their distaste at being used as a test market for manufacturers. With market competition at an all-time high there is a pressing need for products to be fit for purpose straight from the packaging. It may take some time for Vape Cige to build up a level of trust in potential buyers – or maybe another change of name. 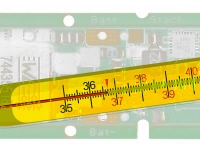 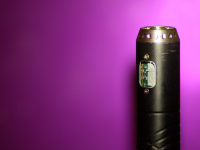