Keep Off The Grass

The presence of a car in cannabis regalia caused consternation at a recent vape Expo in New Jersey. While the use of undressed women as promotion tools draws little comment from the online vaping community, the mere mention of this plant invokes comments from disgust to anger. Without advocating its use, we look at how the use of the drug is increasingly adopting the electronic option. 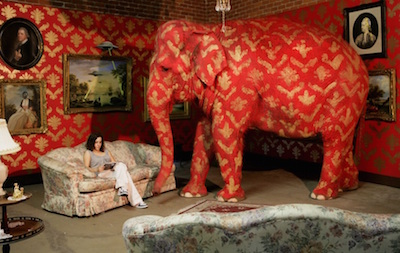 The NHS refers to cannabis as the most widely used illegal drug in the UK but they point out that its use with teens has fallen by almost 50% recently. Traditionally, the drug has been smoked or eaten and is reported to produce feelings of relaxation, happiness, hunger, heightened awareness of the senses and time dilation. According to the Home Office: “It remains illegal for UK residents to possess cannabis in any form,” although many forces are using their discretion and arrests were described as “pointless” by Sir Ian Blair, deputy commissioner of the Metropolitan Police. The current law has been described as a “laughing stock” by peers in the House of Lords.

There have been plenty of legal-for-sale liquids claiming to taste of the plant, although users have reported them tasting of rotten grass clippings, but it may surprise many to discover that a cannabis-type ecig has been on sale in the UK for the last eight months. It contains all of the plant’s cannaboids but not THC, the psychoactive ingredient, so it doesn’t smell or make the user high.

Following the launch, a spokesperson for the Home Office said: “Cannabis is classed as an illegal drug under the Misuse of Drugs Act 1971. It is an offence to supply and possess a controlled drug and to supply any article believing it to be used for their administration.”

In an edition of Entrepreneur magazine, Chip Paul (co-founder of Palm Beach Vapors) spoke about how: “I think there will be a marriage of the e-cigarette and marijuana industries in the near future, and we want to be in the centre for that merge. I think the barriers will continue to fall.”

There has been a rapid growth of interest in vaping from long-term cannabis users for the same reasons that it appealed to smokers – the reduction of risk from tobacco. The awareness bred online advice through forums and video on the best way to convert the raw drug into a vapeable liquid. But there are some serious drawbacks as one Vapefest attendee found out when they had to be taken away in an ambulance. 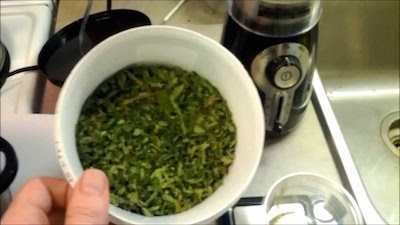 As Liquidweed points out: “Liquid THC can wreak havoc on a new user.” They state that an inability to know when to stop can lead to the situation that new users “often smoke themselves out, and experience paranoid delusions, nausea, vomiting, or even fainting.”

Vaping advocates fear that this link between cannabis and vaping will taint electronic cigarettes in the eyes of politicians, currently debating how to legislate the new technology. But members of Parliament are now being compelled to debate the legal status of the drug due to an online petition reaching almost 200,000. The petition states it is: “A substance that is safer than alcohol, and has many uses." It adds, "it is believed to have been used by humans for over 4000 years, being made illegal in the UK in 1925.”

Thirty-six serving politicians have admitted to having used cannabis with David Cameron refusing to deny that he smoked it at university at the same time his Chancellor was documented as taking cocaine. Lady Meacher, chair of the all-party parliamentary group for drug policy reform, said: “If relatively harmless herbal cannabis were regulated and made available in licensed outlets, this would lead to a reduction in the use of dangerous drugs and would create a safer environment for young people.”

Will the vaping community share its experience and knowledge of the benefits of vaping as part of a harm reduction approach to recreational substance use? Or will the subject continue to be frowned upon? Either way, this elephant isn’t willing to leave the room. 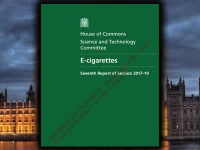 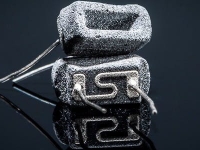