The Coalition of Asia Pacific Tobacco Harm Reduction Advocates Livestream is set to take place for ‘World Vape’ (WVD22) and ‘World No Tobacco’ (WNTD22) days. Interest, insight, and intrigue around World Vape Day on 30 May and World No Tobacco Day on 31 May are set to be boosted with sCOPe’s two-day global broadcast.

sCOPe’s return on #WVD22 and #WNTD22 follows its around-the-clock five-day livestream in November last year during COP9 - the 9th Conference of Parties for the World Health Organization (WHO) Framework Convention on Tobacco Control (FCTC).

Nancy Loucas, of the Coalition of Asia Pacific Tobacco Harm Reduction Advocates (CAPHRA), says sCOPe22 will add to the growing international pressure on WHO to embrace safer nicotine products, not demonize them.

“The global evidence is overwhelmingly in favour of vaping, yet hundreds of millions of smokers are blocked from accessing harm reduced alternatives. sCOPe22 will reveal what exactly is going on here,” says Ms Loucas.

In the Asia Pacific region alone, The Philippines, Malaysia and Thailand are set to join nearly 70 countries worldwide which have ignored WHO’s anti-vaping campaign and have instead regulated safer nicotine products. Each country has since reported dramatic declines in their overall smoking rates.

“We are the evidence! Not only is vaping an incredibly effective smoking cessation tool, but it’s deemed 95% less harmful than combustible tobacco. It’s utter madness for WHO to keep directing huge public health resource into bullying countries to ban these life-saving products. sCOPe22 will explore the motivation and money behind WHO’s actions,” says Ms Loucas.

“sCOPe22 is a global collaboration and our simple message is THR works. We’re encouraging people from around the world to watch, listen and learn, as well as join the conversation. We have some wonderful advocates and experts lined up.

“COP10 will take place in 2023 with harm reduced products set to be a key discussion for delegates. Our work now is critical to achieving success next year. In fact, this year’s World Vape Day and World No Tobacco Day have never been more important,” says Nancy Loucas.

Nancy Loucas has added: “We have set it up to stream on different YouTube and Facebook Groups, just in case we run into the same issue as last time where we got booted off air because of a complaint. The links are as below:”

Facebook links (you need to be a member of group to view):

Facebook links (you need to be a member of group to view):

The hashtags we are using this year for social media are:

Photo by Filip Bunkens on Unsplash 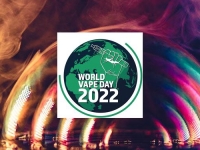 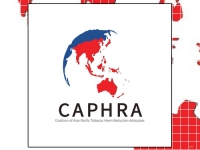 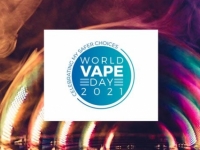