The Electronic Cigarettes (Regulation) Bill 2019-21 is to be presented to the House for its second reading on Friday 15th January. The Bill was sponsored by Sir Christopher Chope and supported by Peter Bone MP and Philip Davies MP. It marks the first step of changing vape regulations following the United Kingdom leaving Europe.

Vaping and tobacco harm reduction has been described as an open goal for government. With little effort and no cost, the Conservative Party has an excellent opportunity to win its first post-Brexit victory by supporting Chope’s Bill through both Houses and onto statute. 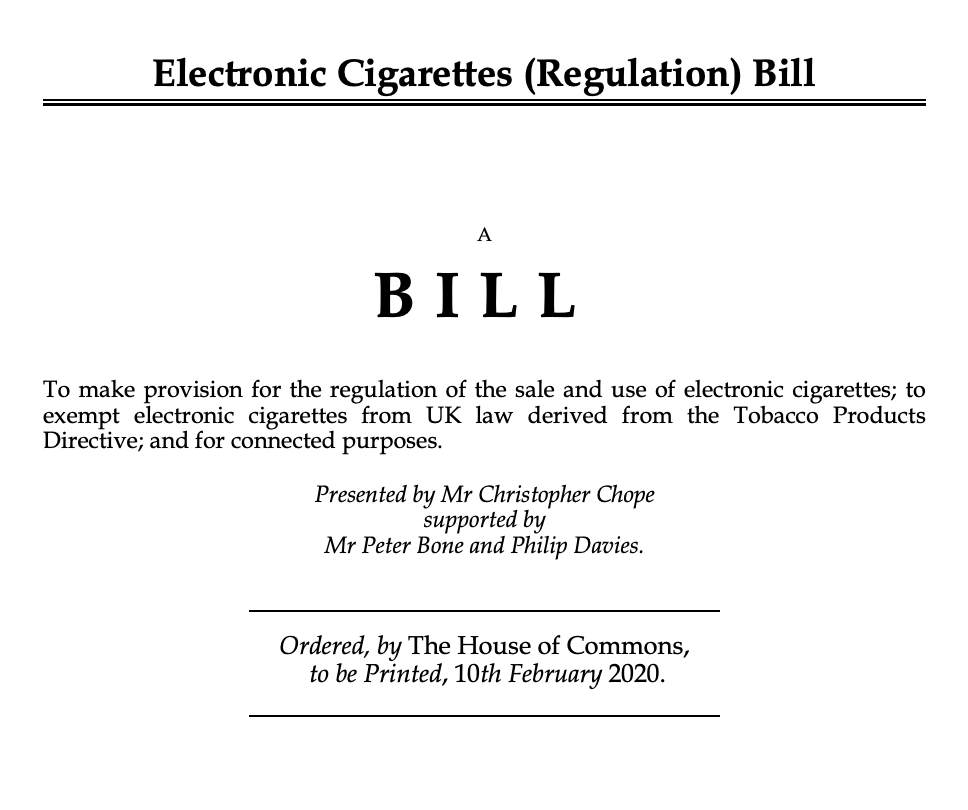 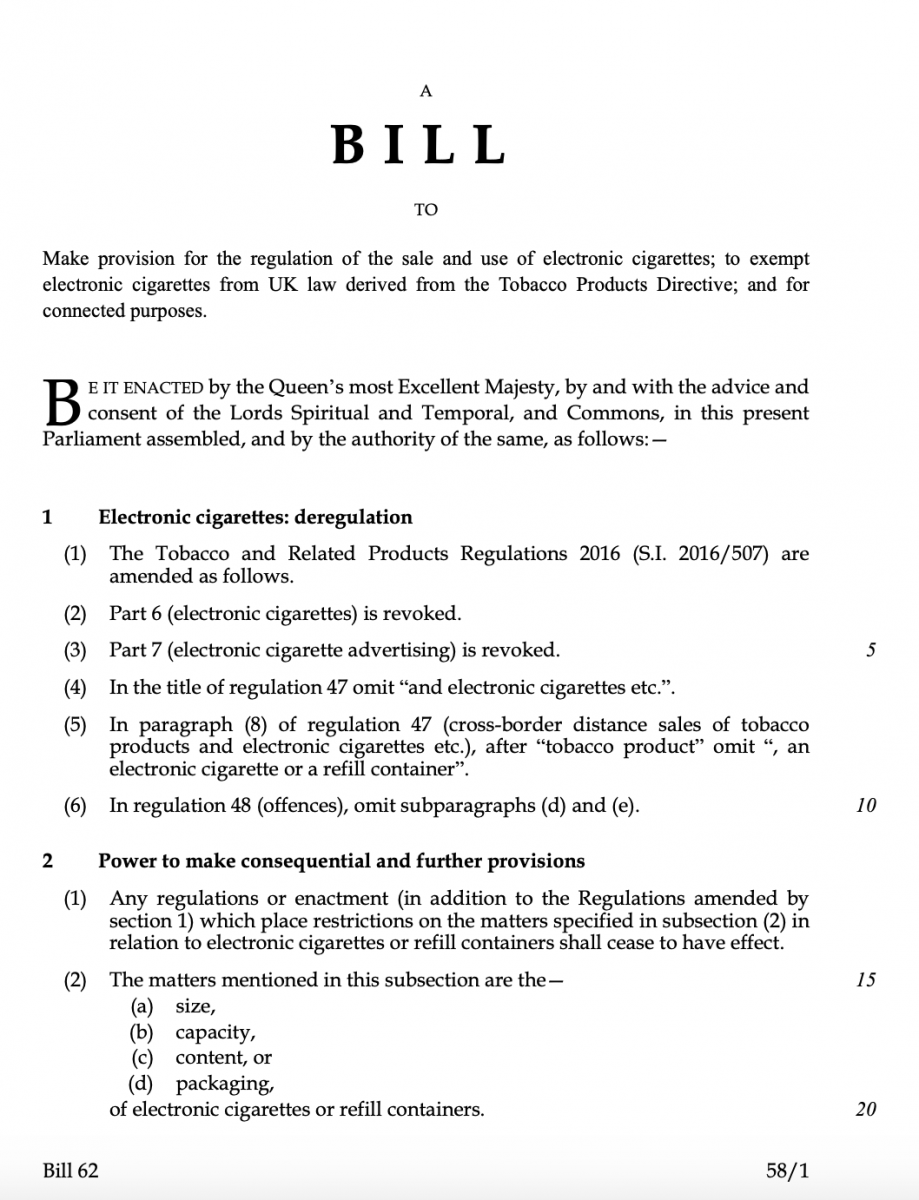 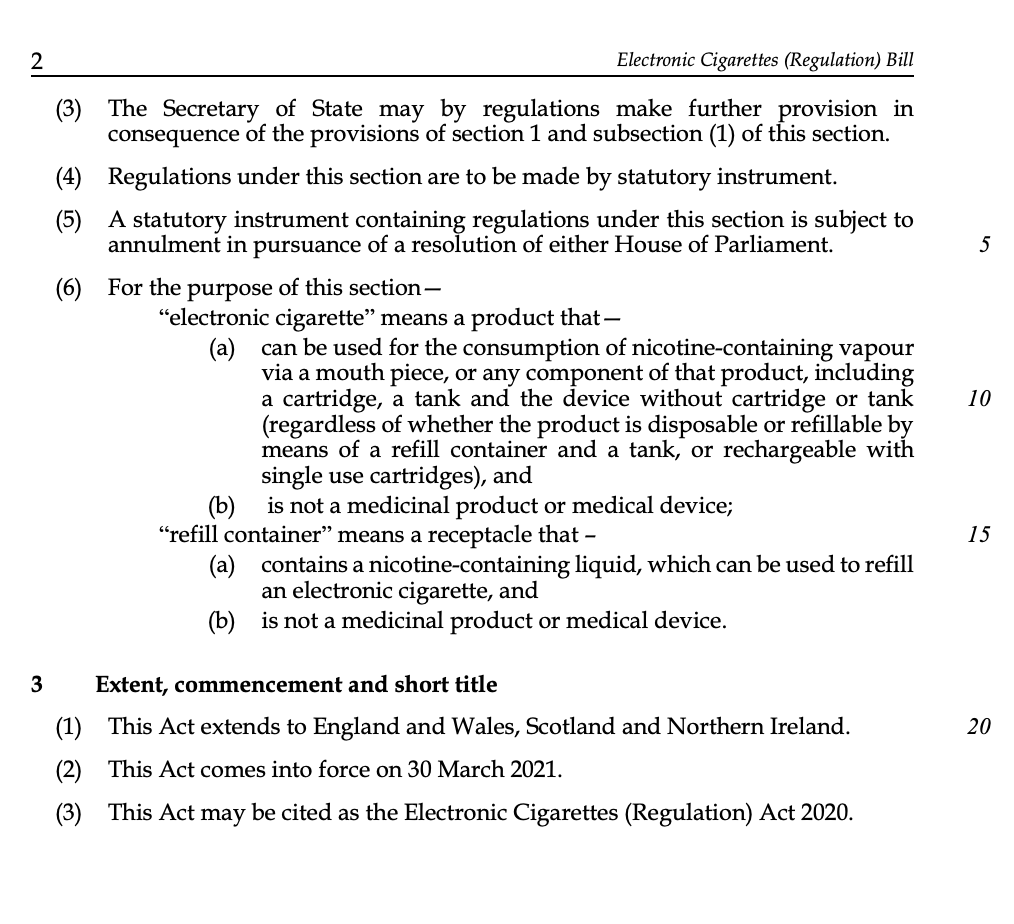 The Electronic Cigarettes (Regulation) Bill doesn’t suddenly reverse the worst aspects of the European Union’s Tobacco Products Directive, but it does open up the opportunity to make future adjustments.

In particular, the Bill present a future where parliament will be able to change the size, capacity, content, and/or packaging of vape devices and refill containers.

What does this mean to vapers?

The Bill would be a step along the footpath to a future where the limit to 2ml capacity tanks would be scrapped. It could cut down the ridiculous amount of waste produced by the restrictions to eliquid bottles – giving us more than 10ml capacity and possibly opening up the upper end of the ‘plucked from the air’ nicotine limit.

There was never any science involved in the selection of bottle and atomiser sizes, nor was there a scrap of sound reasoning supporting a restriction to 20mg/ml nicotine strengths.

There is still a long way to go, with this being the rearranged Second Reading, but the government has the ability to fast track it so it can become the first example of a Brexit dividend. 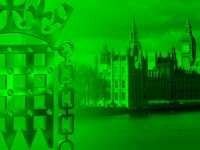