Tobacco harm reduction was the subject of debate in the House of Lords, where Baroness Blackwood, The Parliamentary Under-Secretary of State for the Department of Health and Social Care, took questions from other members of the second chamber. While vaping received supportive comments the same can't be said for snus.

Viscount Ridley opened the proceedings but raising the subject of snus: “What assessment [the department has] made of the levels of smoking and incidence of lung cancer in Sweden as a result of steps taken by that government; and what plans Ministers have to visit that country as part of their forthcoming review of tobacco harm reduction?”

Baroness Blackwood responded that nobody planned on visiting Sweden and stated that the smoking rate there was currently at 13%. 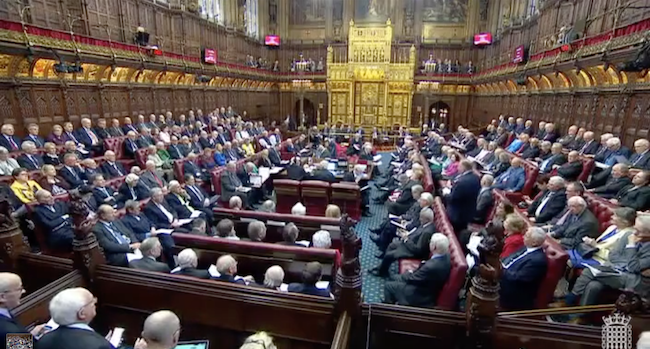 Ridley was quick to point out the error: “She will be aware that the policy of harm reduction, whereby a less harmful new technology is used to displace a more harmful technology, was pioneered in this country by the noble Lord the Lord Speaker when he was Health Secretary in the 1980s with respect to needle exchanges and HIV. Such a policy has since proved effective in the introduction of e-cigarettes. However, in Sweden, the adult smoking rate is now down to 5% because of another harm-reduction technology, snus.”

“As a result, there are low lung cancer rates in that country but, because snus is banned in the EU, we are currently unable to follow. Could we not save tens of thousands of lives if we were to legalise this technology when we left the EU at the end of next week?”

Failing to acknowledge her error, Baroness Blackwood compounded it with another: “There is no evidence that snus in Sweden has reduced smoking rates, so the matter is very much under review.”

Baroness Thornton then demonstrated her failed grasp of tobacco harm reduction: “My Lords, it is important to say that snus is snuff — let us be quite clear that we are talking about a tobacco product. It seems slightly odd that the noble Viscount should suggest that we swap one very carcinogenic product for one that might be slightly less carcinogenic and will give you only mouth and throat cancer.”

Following up, Baroness Thornton then conflated vaping with smoking as she pressed the government to act on Philip Morris advertising a non-tobacco product on a Formula 1 car. 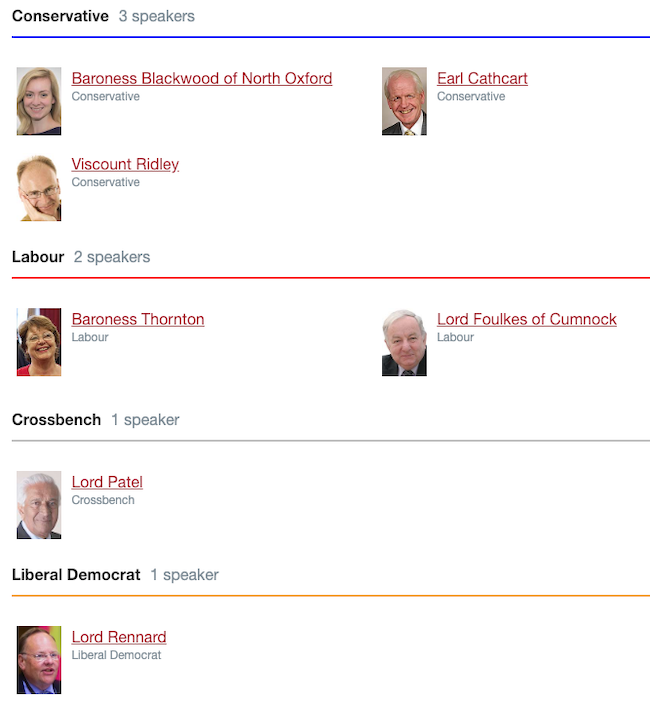 Fortunately, Lord Patel injected some common sense into the proceedings: “Although snus contains both nicotine and tobacco — that is why the Swedes use it — the lung cancer rate in Sweden has reduced, whether that is to do with the use of snus or other reasons. That is the main thing that we should be talking about. What strategies do we have to reduce our lung cancer deaths, which run at about 35,000 a year? Tobacco is a key cause — 80% of them are related to tobacco. Does the Minister agree that we should think about a strategy for harm reduction, whether it is snus, e-cigarettes or any other product?”

Baroness Blackwood failed to respond on the subject of snus, but did highlight that vaping, “has proved to be an effective means of quitting smoking, which is why we encouraged this route through the tobacco control plan and will continue to do so.”

Earl Cathcart then added his own story: “Five years ago I smoked 50 cigarettes a day. Then I took up vaping and have not had a puff of tobacco since. Should the Government not do more to encourage smokers to switch to vaping?”

Lord Foulkes made the final contribution to the dialogue by going back to the subject of snus, referring to how he helped to close down the sale of products like Skoal Bandits, and said: “It really is a crazy suggestion from the noble Viscount [Ridley].”