The Guardian newspaper is promoting a warped viewpoint on vaping and a ridiculous report, painting them as reasonable contributions to the harm reduction debate. Its headline might state that vaping is “definitely” better than smoking, but what followed is a repetition of half-truths and hysterical lies.

Opinion writer Gideon Meyerowitz-Katz’s wrote: “Is it better to vape than smoke? Definitely, but it’s still worse than quitting entirely”. As openers go, it’s an opinion that can be supported by the statements made by British public health organisations.

Then, like a theme park roller coaster, it goes downhill rapidly.

Meyerowitz-Katz raises the subject of a “new report into vaping” which includes “calls to ban vaping entirely” and raises “a great number of questions”.

Gideon bemoans the fact that expressing “the slightest hint of a position on vaping would get you immediately inundated with passionate replies” on social media. Maybe this wouldn’t happen if the position taken accounted for all the evidence?

He calls the report “fantastically comprehensive”, which simply serves to illustrate a willingness to ignore a sizeable bulk of independent evidence.

“There’s pretty good evidence that vaping nicotine products is habit-forming and addictive, and there’s a great deal of concern among epidemiologists that specifically in young people vaping can lead to smoking, which is obviously a bad thing,” he says.

In fact, according to the evidence updates and position statements made by Public Health England, the Royal College of Physicians, and the Royal Society of Public Health, nicotine is no more addictive or harmful to health than drinking coffee. Many UK health bodies have pointed out there is absolutely no evidence to support a gateway theory.

As much as Meyerowitz-Katz attempts to fence sit, offering pseudoscience and tainted work as balance to sound science doesn’t cut it.

The report he describes as comprehensive makes the following debunked claims:

“The current evidence supports national and international efforts to avoid e-cigarette use in the general population.”

Rather than refer to the multiple Public Health England reviews, without a mention of the Cochrane reviews, Meyerowitz-Katz bases an argument on one report containing factual inaccuracies that the Australian Council on Smoking and Health used to push for a complete ban on the sale and marketing of all vape products - this is why vapers and advocates get angry on social media.

Photo by Utsav Srestha on Unsplash 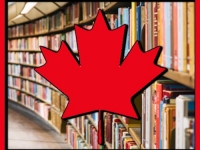