Simon Chapman is a master of the art of trolling. The Australian academic is a professor in public health but appears to spend the bulk of his time online making posts and blog entries. The bulk of these repeat the same things in new ways with the express intention of winding up advocates of anything he doesn’t like – and he doesn’t like vaping. Not one bit. 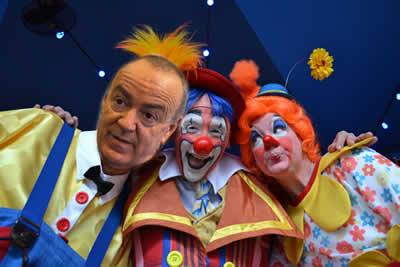 Conflation is the art of making two things that are otherwise different appear as though they are the same. As the Chapman circus rolls into Internet town again he demonstrates just how well he can do that thing. The wheels on his little clown car of thought fall off the minute he begins his latest entry on The Conversation blog.

Sentence number one: “E-cigarettes are the latest innovation in nicotine delivery products to fly the harm-reduction flag. They follow the massive failures of cigarette filters.” There we go, not even out of the initial paragraph and he is likening vaping to smoking despite the fact (and it is a fact) that vaping bears no relation to cigarette filters. Because vaping is not smoking.

Paragraph two mentions light and mild cigarettes and the mention of fraud. It’s a clever way to link the word ‘fraud’ into an article claiming to be “decoding the hype on ecigarettes”. Clever, obvious and weak. But wait – in paragraph three he mentions “carcinogen” and “asbestos”.

In fact, in the 585-word introduction he doesn’t get around to mentioning vaping until the end after waffling on about the dangers in smoking. But then that is his point. He wants to seamlessly segue from one thing to another in the hope that the feelings generated are attributed to the new topic.

He warns: “If we think of e-cigarettes as a transformative genie in a bottle, we need to think very carefully before letting it out, because putting genies back in their bottles is much more difficult than impulsively letting them out.”

Erm, they’re out already Simon. They’re out and running around your country granting the wishes of better health and cost savings. They’re more out than a man wearing nothing but a feather boa, dancing on a float during a gay pride march. The vaping genie is out, Simon. 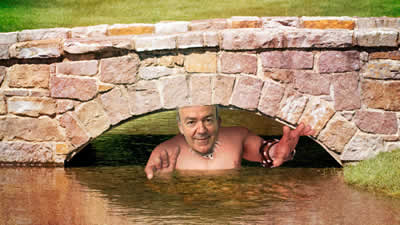 And then he launches into Professor Robert West’s research on efficacy as well as Public Health England’s study proclaiming vaping is at least 95% safer than smoking. He throws himself into arguing against their data using his skills as...um, well not as a scientist or a statistician because he isn’t one. Using his skills as a troll. West has rebuked him on numerous occasions and he clearly sees this as the opportunity to settle some scores with 2,950 words. He questions the motivations of those presenting research as if they were all linked to tobacco and tobacco-owned vaping companies, presenting no research of his own and argumentum ad ignorantiam. It’s a shameful and bigoted approach but then surely questions have to be raised about who pays for his time to create all of this content?

And what of those who frequently appear in the comments sections of each of his articles or replying to his post on Twitter? They continually trot out accusations that advocates are in the pay of tobacco companies, which the likes of the New Nicotine Alliance aren’t, and make inflammatory remarks. Are they pharma employees?

For the sake of his students who may be suffering from a lack of time spent on lecture preparation or marking we have produced some conflation recommendations for him should he decide to begin trolling people who enjoy chips, fighting or moving:

Vaping is not smoking, Mr Chapman. You will never accept that no matter what evidence is presented to you. You discount anything in favour of vaping as having been produced by industry-funded scientists and yet you happily leap upon everything produced by academics funded by pharmaceutical companies. You present double standards in your arguments, logical fallacies and a blinkered approach to debate decrying your detractors as “trolls” when it is you who instigates all of these trolling encounters. 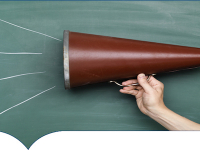 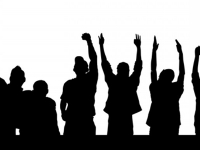