The article the Carrs DON'T WANT YOU TO SEE!!

The Allen Carr school of quitting smoking school released a press release to no one today and no one read it except me. I suggest you don't either.

At some point, about half-past Men Behaving Badly, it ceased to be funny to call someone mental. More than that, there was the dawning realisation that it could be construed as quite offensive and was one of a whole list of things people reserved for use in their own home, Alan Partridge scripts or when appealing football referee decisions. It joined other words like ‘spastic’, which were all sent off to the Home for Bad Words…even if the latter was stolen by Ricky Gervais while he was acting up over the death of his career.

This has reduced the insult vocabulary of the average person to a smattering of ‘f’, ‘w’ and ‘c’ words. Filling the void is a bunch of people doing their level best to transform the impact of normal words. Take Allen Carr.

Allen Carr stands in testament that everything with ‘Carr’ in the name is the ultimate in tedious and annoying. Jimmy, Alan, clown…all versions of the same blandness.

Allen, Al, Ally – yep, I prefer that one. Allycarr runs a business. His business is to convince people they can give up smoking using nothing but the power of the mind. Nothing but the power of the mind and a large payment to him for helping them to make their mind up. This isn’t “making their mind up” in a wholesome Bucks Fizz way, this is like a crpto-cult with born-again non-smoking evangelists preaching that theirs is the only one true way.

The Allycarrway will help empower the individual by selling them access to ‘stop smoking clinics’, books, DVDs, online webcast seminars, and apps. Because if you need to quit then you need a method so surefire and guaranteed it will sell you lots of things to take your mind off it possibly not working.

The method is so successful, Allycarr would have you believe, that the organisation also provides help with issues such as alcohol, weight control, drug use, gambling, and debt – and this last one is important because you may have just shelled out for books, DVDs, seminars and apps for all of these things. At least he hasn’t targeted autism as his next revenue stream. Oh. Oh he just has.

Allycarr believes that this means he can launch an onslaught on e-cigs as he is a “processional” in this subject area. You can tell he thinks this because his press office

Paul says, “Yes, I attempted to stop smoking with electric cigarettes, the disposable ones you can buy.  They were OK but very strong and very expensive. I think I paid £4.50 for one cigarette, it was advertised as being the equivalent of 40 cigarettes however it lasted me less that 2 days and keeping in mind I only smoked maybe between 3-5 a day there was no way I was going to spend £4.50 every 2 days, it was cheaper to smoke!!! So I went back to smoking!!!

There you have it, e-cigs are bad because Paul from Haverhill says they’re crap. Who needs reasoned argument, logic, structured research or a limit to the times you can place an exclamation mark at the end of a sentence when you have Paul from Haverhill? I’ve been to Haverhill, Paul, and it’s shit. You ought to consider smoking again to take your mind off what a dump you live in. Erm, if you exist…which I’m sure you do. Possibly.

It must work though, this whole AllycarrclinicbookDVDseminarAPPway. It must do because I can’t see how anyone this dull and uninformed would still be in a job if it didn’t: It must work otherwise the word of mouth would be so strong that they'd not need to make videos full of guff. Oh - here's one of their videos full of guff:

What John (in the video) fails to point out is that the reason no one wants you to watch the video is that you stand a big chance of suffering a medical disorder from contracting second-hand stupid. I used to teach a class of 8-yr olds once and, to a kid, all of them could make a better Powerpoint and not sound comatose when presenting it.

Unable to use the words he’d like to in order to describe anything in competition with their products they trot out:

I had to make up some of those quotes because if we’re talking misery I’d rather all my family return home tonight and declare their love for morphine, crack and Britain's Got Talent than have to suffer any more of that video. I turned it off just as he was introducing the concept of slavery. Slavery, John? Really? Sorry, I should have written 'really???" 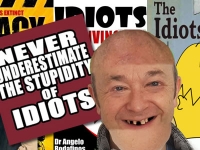 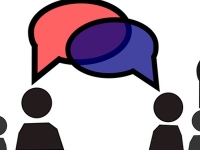 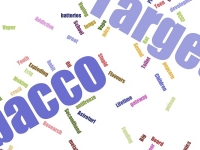