The Royal College of Physicians (RCP) has released a new report covering vaping’s role in tobacco harm reduction. “Smoking and health 2021- A coming of age for tobacco control?” (1) makes a number of key recommendations and urges them to be acted on fully and with urgency – a pointed reference to the piecemeal action that resulted from its last report.

Andrew Goddard, the President of the RCP said: “Almost 60 years after the RCP’s first report on tobacco, Smoking and health, published in 1962, this new report from the RCP’s Tobacco Advisory Group reviews the UK’s progress in reducing smoking prevalence, and sets out comprehensive recommendations for England’s forthcoming National Tobacco Control Plan.

“Too many UK generations have been blighted by addiction to tobacco. To ensure that those born today live their lives tobacco-free, we must take the necessary steps to make smoking obsolete. In a historic time of medicine showing it can solve the health crises that come its way, this is our opportunity to make smoking and tobacco addiction history.”

Sanjay Agrawal, Chair of RCP Tobacco Advisory Group and Professor of Respiratory Medicine at the University of Leicester, commented: “The report underlines the need to take action in all of the ten areas featured.  The action we take now has to be thoroughly comprehensive, not piecemeal as in the past.  Health measures are not enough on their own, and the report contains recommendations on reforming tax policy, eradicating media promotion of smoking, prioritising the treatment of tobacco dependency, realising the potential of comprehensive public health campaigns to promote quitting, raising the legal age of sale for tobacco products, and silencing the voice of the tobacco industry.

“Tobacco smoking is a blight on health and society. The ill health, premature death and financial toll caused by tobacco use touches all communities in the UK, and is typically concentrated in the most disadvantaged and vulnerable in our society. To ensure that those born today live their lives tobacco-free we must take the necessary steps to make smoking obsolete.”

The Independent British Vape Trade Association (IBVTA) welcomed the report saying that it “contains several recommendations on vaping to be considered for the upcoming Tobacco Control Plan for England.

“In 2020, when COVID-19 killed around 80,000 UK citizens, tobacco smoking killed 94,000. It is encouraging therefore to see the positioning of vaping as a positive tool in the fight against death and disease caused by smoking.”

IBVTA (2) said these recommendations are “particularly welcome” and makes special mention of not allowing the “influence of anti-vaping campaigners…to go unchecked”.

Gillian Golden, IBVTA’s CEO said: “This new landmark RCP report correctly identifies that tobacco may still beat COVID-19 as the predominant cause of death and disease during the beginning of the 2020s. We welcome the Royal College of Physicians’ placement of vaping as such a pivotal tool in the fight against the harms of smoking, and the urgent call to correct misperceptions about the relative harms. The UK is a world leader in vaping and if our government heeds the RCP’s calls to action, we have the potential to go even further.”

UKVIA (3) Director-General John Dunne has said in response to the report: “This report by the Royal College of Physicians offers some important positive suggestions on reducing smoking levels and improving public health rates for the UK’s 7 million smokers. The UK is seen as a world leader in vaping. Therefore, I hope the Government takes note of the key recommendations in this report to build on this success; not least the suggestions about better promoting the take up of e-cigarettes for smokers by challenging and correcting the misrepresentation about the relative harms of vaping and removing vaping from smoking restrictions in public places.

“Reducing the tax on vaping products so they are more affordable and ensuring that these products are used as an effective treatment for tobacco dependency and used in all treatment pathways is also critically important. This is something I called for as long ago as 2018, when the UKVIA gave evidence to the Science and Technology Committee’s inquiry into e-cigarettes. The industry stands ready to help an increasing number of smokers looking to switch to the most popular nicotine replacement product available.”

Professor John Britton commented: “Smoking is entirely preventable, but ending smoking requires us to go even further with the more familiar prevention measures, such as tax and providing help for smokers to quit, but also tackling some of the causes that have not yet been addressed - and particularly the exposure of children to tobacco imagery in film, television and other media. Doing this will prevent countless deaths, dramatically reduce the burden placed by tobacco use on health services and wider society, substantially reduce inequalities in health and, by alleviating poverty and improving health, contribute significantly to the levelling up of our society.”

Dr Nick Hopkinson added: “Support to quit smoking is one of the most effective and highest value treatments that the healthcare system can deliver, but many smokers are missing out on this. Developing a universal offer through the NHS so that every smoker receives this support unless they actively opt-out, has to be a priority.” 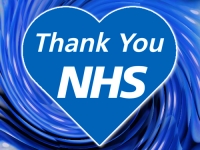 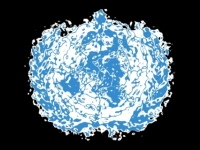