In work published by the journal Addiction, researchers at University College London (UCL) have found that ethnic minorities in England are less likely to vape to help them quit smoking. Emma Beard, Jamie Brown, Sarah Jackson, Harry Tattan‐Birch and Lion Shahab obtained the results by looking at data from UCL's Smoking Toolkit Study.

The team took information obtained from UCL’s a monthly household survey collected between April 2013 and September 2019. The authors say they found, “it is less common for smokers of Asian, Arab, and other ethnicities to use e-cigarettes to try to reduce their cigarette consumption or when they are not allowed to smoke than those of White ethnicity.”(1)

They say the findings are important as statistics show smokers in ethnic minority groups are at higher risk of contracting a smoking-related disease. National Institute for Health and Care Excellence (NICE) guidance(2) states that reducing the number of people smoking in this group could reduce health inequalities more than any other approach.

The team noted that no vape product currently sold in the United Kingdom has been licensed as a medicinal device and can’t be prescribed by GPs. Despite this, “clinical trials show that the use of NRT for smoking reduction can result in significant reductions in cigarette consumption and harm”.

Explaining the findings from previous work, the team say the difference in use between ethnic groups, “may be explained by higher perceived harms of e‐cigarettes, [due to] sociocultural influences, social norms and targeted marketing strategies”.

The group concluded: “The difference in the trajectories of e‐cigarette prevalence over time as a function of ethnicity suggests that there may be a need to consider stratification in future studies, particularly if evidence is being used to inform population‐level policy and research priorities.”

They noted that the sample size limited the ability to extrapolate the findings to the whole population and more work needs to be done. They also believe that the findings, “may not be applicable to other countries with different compositions of ethnic groups or where tobacco control climates are different to England”.

Image by S K from Pixabay 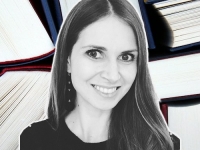