Look Out! Short-sighted Docs About

In a very short-sighted announcement, doctors treating an old man following a fall say that “vaping may be hazardous to your eye”. While an injury may have been sustained from a piece of an electronic cigarette, conflating accidents and human error as something caused through vaping isn’t a new phenomenon.

Doctors Cindy Ocran, Edward Chaum, and Rachel Sobel reported the case in the journal of the American Academy of Ophthalmology. In it, they detailed how a 71-year-old man presented with eye pain and vision loss six days after sustaining an injury to his left eye.

The man reported tripping and hitting his head on a table. After the incident he noticed he couldn’t find the opaque cap that fitted over the drip tip on his basic vaping device. The drip tip had broken off and he had collected that from the floor.

The doctors conducted a computed tomography scan to reveal a fracture in the floor of his orbital socket and identified a foreign body pressed between it and the eyeball. The cap was removed using malleable retractors and Adson forceps.

This isn’t the first case of people attempting to link vaping to eye injuries.

In 2016, a Scottish woman used eliquid instead of the antibiotic eye wash she was using to treat her case of pink eye [link]. As much as those opposed to vaping would have you believe juice is very dangerous, they reported, “The woman had some superficial damage to her cornea, but the e-cig liquid didn't cause any serious defects”.

Some have been striving to find a link between vaping and age-related macular degeneration, cataracts, glaucoma, diabetic retinopathy and dry eye syndrome. In the 10+ years vaping has existed they are still to find a causal link. This hasn’t stopped the likes of Dr Rohit Varma, director of the Southern California Eye Institute, saying that “the overall risk of vision loss might be up to four times greater for vapers than non-vapers” [link].

American doctors are still swallowing the nonsense being peddled by charlatans and frauds. Dr Laura Periman trots out nonsense in her article for the Ophthalmology Times [link], where she claims eliquids are “packed” with chemicals.

Vapers should simply not pour eliquid into their eyes, understand Ohm’s Law to prevent a battery venting, and take pains not to fall over and hit their heads on tables while holding a pen device.

Image by Taken from Pixabay 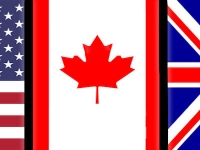