Help The University of Exeter

Gina Collins at the University of Exeter has approached Planet of the Vapes to enlist our help in a research project. Gina is looking for people who are about to or have recently switched from smoking tobacco products to vaping, and participants will be rewarded for their time.

Gina told us: “I am a PhD researcher at the University of Exeter and I’m looking to interview former smokers who have recently quit (in the last month) to take part in our paid study on how people experience the switch from smoking to vaping.”

The United Kingdom has witnessed a prolific boom in vaping over the last decade, fuelled almost entirely by smokers swapping their toxic tobacco products for something that experts say is “at least 95% safer”. [link]

The numbers vaping dropped by 400,000 to 3.2 million this year but there is no indication why.

ASH said, “the main reason given for using e-cigarettes being to help them quit (31%) followed by to prevent relapse back to smoking (20%). Only 0.8% of never smokers are current vapers and never smokers who’ve ever vaped say they mainly did so just to give it a try (73%).”

Talking about her study, Gina Collins added: “While some of the health benefits of vaping compared to smoking have/are being researched, we feel that some of the wider effects of switching from smoking to vaping – such as how it might affect your sense of self and identity – are currently being overlooked. That’s why we want to talk to people at the very beginning of their vaping journey and speak to them over time to see if their views change.”

The study will be conducted over a series of three online interviews to investigate motivation for quitting, motivation for vaping, and how switching from smoking to vaping might affect identity.

Interviews will last approximately 45-60 minutes and will take place on Zoom. Interviewees will be offered a £10 Amazon voucher per interview.

Any information provided with be kept strictly confidential, secure, and will follow the guidelines set out by the British Psychology Society and those of the University of Exeter Ethics Committee.

Anyone interested in taking part can email Gina at [email protected] for more information. 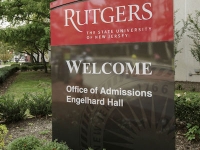 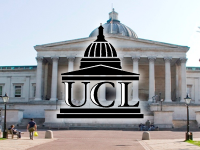