The trio say the study presents, for the first time, a comprehensive analysis of products used by EVALI patients. Vitamin E acetate was the main finding in cannabinoid liquids. No compound that could be linked to EVALI was found in the two nicotine products tested.

Researchers from the Wadsworth Centre of the New York State Department of Health, the State University of New York at Albany and Albany Medical Centre conducted untargeted as well as targeted analyses of 38 liquid samples reportedly used by the first ten cases of EVALI in New York State to identify potential culprits for the serious lung disease epidemic.

Two of the samples were nicotine-containing liquids, while the rest were illicit cannabinoid liquids. A variety of pesticide residues, such as myclobutanil and bifenthrin, were detected in some THC liquid samples.

Poulas, Lagoumintzis and Farsalinos say: “The most striking finding was the identification of vitamin E acetate as a major diluent in 64% of the samples, at levels ranging from 16% to 57% by mass. No unknown compound that could potentially cause EVALI was found in the two nicotine products tested.”

Lead author David Spink said: “Our laboratory was the first to identify vitamin E acetate in vaporizer fluids recovered from pulmonary injury patients, which we promptly reported to officials of the U.S. Centres for Disease Control and Prevention (CDC), the U.S. Food and Drug Administration (FDA) and public health officials from numerous states via conference call and via e-mail on August 19, 2019.”

Poulas, Lagoumintzis and Farsalinos conclude: “While the exact cause for the condition is still under investigation, there is a strong association between EVALI and the use of THC-containing vaporiser liquids, and vitamin E acetate has been found in product samples tested by the FDA and state laboratories and in bronchioalveolar lavage fluids recovered from the lungs of patients tested by the CDC. While no specific compounds present in nicotine-containing e-cigarette products have been linked to the disease, the contributing cause or causes of illness for individuals reporting use of only nicotine-containing products warrants further study.” 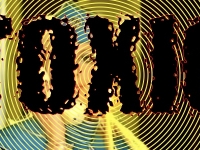