Frequently, vapers have cautioned others about what they write on online forums and social media groups, fearing that unscrupulous researchers might misrepresent the posts. Anti-vape Prue Talbot (University of California Riverside) has just published a paper where her team analysed forum posts for “evidence” of self-reported vape ailments – rather than investigating medically diagnosed illnesses.

In 2010, Prue Talbot had already made up which side of funding fence she wanted to sit: “Some people believe that e-cigarettes are a safe substitute for conventional cigarettes. However, there are virtually no scientific studies on e-cigarettes and their safety. Our study – one of the first studies to evaluate e-cigarettes – shows that this product has many flaws, which could cause serious public health problems in the future if the flaws go uncorrected.” 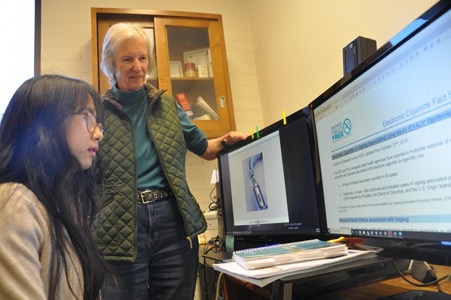 Over the next decade she got involved in all kinds of science ranging from the shoddy to the absolutely pseudo. In 2011, Talbot and her post-grad My Hua spent an age looking at YouTube videos in an attempt to work out how vapers vape [link]. As POTV pointed out at the time, a lot of pain would have been spared afterwards had they simply spoken to people switching to vaping.

From watching the Youtubers, Talbot and Hua noted that vapers puffed for between 1.9–8.3 seconds. The aftermath was that investigations into vaping drew for too long on overheated wicks and produced meaningless results that bore no reflection on real-world vaping.

In the latest paper, “Health Effects Associated With Electronic Cigarette Use: Automated Mining of Online Forums” conducted with Hua, Sadah, and Hristidis, published in the Journal of Medical Internet Research, they say: “Vaping lung injury symptoms have been reported online for at least seven years”. 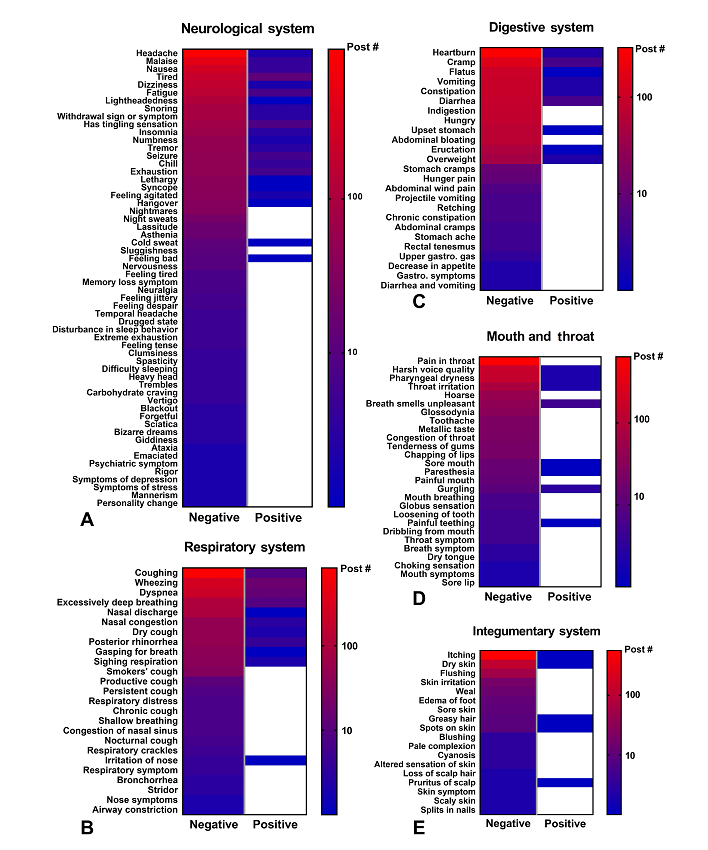 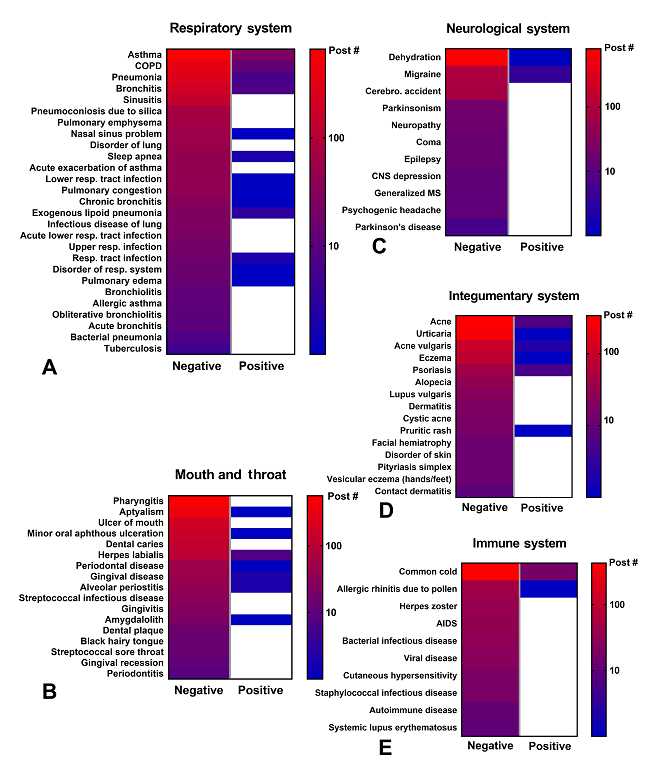 Having looked at over 41,000 vape forum posts made between 2008 and 2015, the research team produced the ‘heat maps’ shown above and concluded: “Our data, which shows many of the symptoms characterizing the current patients have been reported online for at least seven years, suggests cases similar to those in the current VAPI epidemic have existed previously and been unreported or simply not linked to vaping."

Even the most scientifically illiterate reader can see that cherry picking self-reported, out of context mentions of ailments is deeply flawed. Talbot’s team is happy to state that similar conditions to the recent THC-related lung disease outbreak pre-existed, yet they fail to make the same assertion that (from their own data) vaping causes split nails, AIDS or “bacterial infectious disease”.

The paper displays either an absurd level of ignorance, weapons grade stupidity and/or a wholesale abdication of care for the impact of its publication. Even if the list of ailments are genuine, well over three million Americans died as a direct result of smoking during the time frame they sampled. But, of course, everybody should worry about vaping Area Man who posted that he was suddenly belching a lot. It’s not right, it’s not science, but it is Prue Talbot.