“Vaping is now a multibillion dollar industry that appeals to current smokers, former smokers, and young people who have never smoked,” says an American research team. They are concerned about vaping’s efficacy and potential for harm. Defying all logic, they say there’s “insufficient evidence” to say that vaping presents less harm than smoking.

Striking an evangelical pose from the outset, Gott et al. preach that “The lungs are a physiologic marvel”. Then, to demonstrate what a balanced and thoughtful piece of work they created, the authors then describe vaping by beginning “with a brief history of traditional cigarettes.”

Despite only compromising a fraction of the global vape sales market, the authors then dedicated a huge section of the paper to discussing JUUL products….because JUUL has “70% of US e-cigarette sales”. They fail to mention this doesn’t include the open systems sector.

The publication in the British Medical Journal drew swift criticism of the paper.

Italian experts Mario Malerba and Danila Azzolina highlighted a common selective flaw in papers like this: “the Authors cite the review of Kalkhorn-Glantz et al., highlighting the negative effect of e-cigarettes on smoking cessation but do not consider two other reviews performed by El Dib et al. and Malas et al. that did not reach this conclusion.”

They point out the “methodological shortcomings” in many studies and highlight that excluding small studies from the research, without defining “small”, adds a further layer of problems to their findings. Then, the pair contend, the whole thing becomes slightly ridiculous as no effort is made to differentiate Tetra-Hydro-Cannabinol (THC) products from vape products.

Addiction Psychiatrist Peter Balfour wrote to comment: “I have no hesitation in relaying to patients my belief that, although e-cigarettes may not be 100% safe, they are significantly safer than tobacco-containing products (and may provide significant psychological advantage to smokers who are trying to quit).”

“This article does not persuade me to stop this practice. Furthermore, I would suggest that without strong evidence to the contrary, not recommending a product that appears to be a safer alternative is doing harm.”

A team from University College London made a comprehensive and fully cited response. Harry Tattan-Birch, Loren Kock, Dr Lion Shahab, and Professor Jamie Brown wrote to say: “The most relevant public health consideration is the harm of e-cigarettes compared with the alternative for most users: continued tobacco smoking. This requires a dispassionate look at and accurate reporting of the available evidence.”

They go on to add the study “misleadingly reports ‘their effectiveness as a smoking cessation intervention…[is] highly controversial. Yet, neither the Cochrane review or NASEM report on the topic are cited. Even before the publication of a large RCT in the NEJM, which demonstrated that participants who were offered e-cigarettes had two-fold higher quit rates than those given nicotine replacement therapy, the NASEM report concluded ‘there is moderate evidence from randomized controlled trials that e-cigarettes with nicotine are more effective than e-cigarettes without nicotine for smoking cessation’.”

The quartet noted that the authors, like many others, frequently complain there is a lack of evidence of relative harm, yet always focus on the absolute possible harm of vaping and fail to compare it to the impact of smoking.

“There is also an omission of relevant research on biomarkers of toxicant and carcinogen exposure. This work is especially useful for assessing the effect of e-cigarette use on respiratory health because, unlike animal and cell models, these studies measure toxicant exposure among real-world e-cigarette users.”

If the paper’s authors had considered including such research, they’d have noted reduced levels of exposure to compounds. It’s essential to include such information, according to the UCL team, as: “This provides reassurance that, when compared with smoking, e-cigarette use puts one at far lower risk of developing lung diseases associated with inhalation of these toxicants.”

Ultimately, the UCL team say, this paper failed to do the essential thing of providing “accurate statements on comparative safety”.

They conclude: “Already, the majority of smokers in England believe e-cigarettes are at least as harmful as cigarettes, a declining proportion are using them to support quitting and a growing number attempt to quit without any aid. Each year, cigarettes kill 5.2 million of the 1.1 billion smokers worldwide, and another million die from second-hand exposure. Misleading statements about the comparative safety of e-cigarettes may not only influence policy in a way that is not supported by evidence, but may also deter people who have struggled to stop smoking deadly cigarettes from using an effective method at helping them quit.”

Dr John Ashcroft, a Derbyshire GP, notes: “Vapers have traditionally used free based nicotine that most find quite irritating and puts off many potential vapers as it makes them cough. As a GP, I usually warn my patients about this and suggest that they learn a different smoking style of not inhaling.”

“The alternative is to lower the concentration of nicotine, and many vape and inhale with concentrations of just 3-6 mg/ml. This obviously requires the inhaling of much larger quantities of e-liquid, raising the cost of vaping.”

Ashcroft suggests nic salts are the solutions and “allow more smokers to switch to vaping and quit smoking and inhale less e-liquid. If the legal limit on the concentration of nicotine was raised then even less e-liquid would be needed by vapers to get the same hit of nicotine that they desire. If the authors are really concerned about the small residual risk that may or may not exist from vaping then I suggest that they recommend nicotine salts to their patients, and call for a raising of the legal maximum strength of nicotine in e-liquids.”

Image by Roland Mey from Pixabay 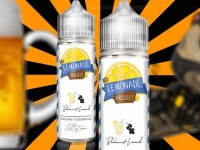 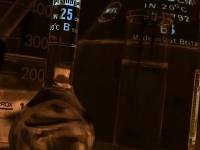 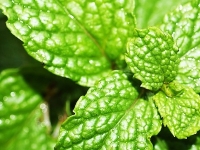