Planet of the Vapes is issuing an urgent warning to all readers of the mouse persuasion – avoid the New York University School of Medicine at all costs. You may be proficient at sneaking off with a lump of cheese from a trap, but few come out alive after meeting up with Moon-shong Tang.

Moon-shong Tang is a researcher at the New York University’s School of Medicine. Last year Tang obliterated mice by using too much voltage through coils and dry burning them (the coils, not the mice). Now he’s back with claims that cancer-prone mice contract cancer. It’s a stunning finding that has shocked nobody, although genuine experts are perplexed and call his work “just noise”.

Tang subjected forty mice to “e-cig smoke” for 54 weeks. Given his previous methodology of dry-burning wicks, and the indicated voltage setting matching his previous work, in all probability they were actually subjected to smoke.

Nine of his mice developed malignant lung tumours. Thirty-one didn’t, which isn’t bad going considering the species of mouse he used are susceptible to cancer.

Even Tang admitted the sample size was too small and “the study mice also did not inhale smoke like a human would, but, instead, were surrounded by it (whole-body exposure).”

Tang commented: “Tobacco smoke is among the most dangerous environmental agents to which humans are routinely exposed, but the potential of E-cig smoke as a threat to human health is not yet fully understood. Our study results in mice were not meant to be compared to human disease, but instead argue that E-cig smoke must be more thoroughly studied before it is deemed safe or marketed that way.”

His previous study applied 4.2V across a coil, for 4 second puffs, every thirty seconds – week in week out [link]. Tang refers to vaping as “e-cig smoking”, it is clear the only clear void of understanding exists in his laboratory. That, or he is producing results in order to secure future funding for more mouse-related murder.

Prof John Britton, Director of the UK Centre for Tobacco & Alcohol Studies and Consultant in Respiratory Medicine, University of Nottingham, said: “This study explores the effect of exposure to nicotine ecig vapour on mice. It shows that exposure to ecig vapour with nicotine causes more cancers than fresh air, but no more than you might reasonably expect by chance.”

“It also shows that e-cig vapour without nicotine causes fewer cancers than fresh air. The findings are based on very small numbers and need to be interpreted with extreme caution.”

Prof Peter Hajek, Director of the Tobacco Dependence Research Unit, Queen Mary University of London (QMUL), said: “The study has unclear relevance for human vapers. Rodents were exposed to what are for them huge concentrations of chemicals that bear no resemblance to human exposure from vaping. Several animals in fact died during these exposures.”

“The authors assigned the effects they observed to a carcinogen NNK – but NNK has been measured before in human vapers, and it is known that exposure from vaping is either negligible or none.” 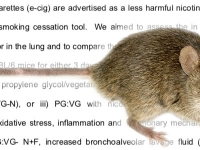 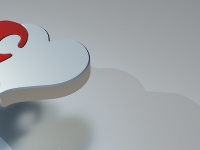 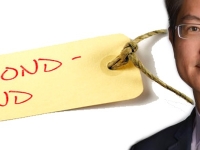