The UKECRF is an initiative developed by Cancer Research UK in partnership with Public Health England and the UK Centre for Tobacco and Alcohol Studies. The UKECRF looks at new studies on electronic cigarettes and provides a critical overview of each of them. It brings together experts to discuss emerging evidence about e-cigarettes.

In “Changes in Use Patterns Over One Year Among Smokers and Dual Users of Combustible and electronic cigarettes”, the study’s authors concluded: “This longitudinal cohort study of smokers and dual users who were initially not interested in changing their use patterns shows that amongst dual users assessed at 1-year follow-up, slightly fewer than half had maintained their pattern of dual use; the majority of those who discontinued dual use transitioned to exclusive smoking. The data also show that over the course of one year, those who were dual users at baseline were more likely to have stopped smoking completely than were those who were exclusive smokers at baseline.”

UKECRF breaks down the research:

This U.S. study analysed how patterns of product use varied between 117 exclusive smokers and 205 dual users over one year and examined predictors of continued dual use. Data on patterns of use were collected via in-person assessments at 4, 8 and 12 months from smokers and dual users who had no intention to quit smoking in the next 30 days. Abstinence from cigarettes was self-reported and 7-day abstinence was biochemically verified.

At 1-year follow up, biochemically confirmed 7-day cigarette abstinence was significantly different (p=0.03) among baseline dual users (8.0%) from baseline smokers (1.9%). There was no significant difference (p=0.7) between these groups for self-reported 30-day abstinence.

After one year, less than half of baseline dual users were still dual users (n=100, 48.8%). 90 (43.9%) reported being exclusive smokers, 12 (5.9%) being exclusive vapers and 3 (1.4%) being abstinent from both products. Among baseline smokers, although there was some experimentation with e-cigarettes at intermediate follow up points, the majority (92.3%) returned to exclusive cigarette use.

Among those still smoking after one year, there was no significant difference between baseline dual users and baseline smokers in the mean change in number of cigarettes smoked between baseline and 1-year follow up.

In statistical modelling, baseline dual users were more likely to continue dual use if they were white, had lower cigarette dependency according to the Wisconsin Inventory of Smoking Dependence Motives (WISDM) and a higher e-cigarette dependence (e-WISDM).

Sub-group sample sizes were small which increases the uncertainty of estimates and meant it was not possible to model significant predictors of quitting smoking.

Participants had no interest in quitting and dual users may be people who have already failed in their quit attempts. This means that the participants may be more resistant to quitting, which may have impacted cessation outcomes.

Participants were recruited via television and social media only and only those who were not interested in cessation were recruited. The dropout rate at 1-year follow-up was high (23.7%). Therefore, the participants and results may not be generalisable to the wider vaping population. 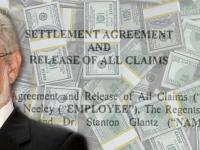 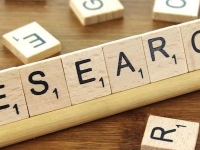