Dr Mark Porter is an experienced medical journalist who has worked at The Times and Saga Magazine, and as presenter of Radio 4’s medical series Inside Health. Recently, he spoke to University of Bristol’s Professor Marcus Munafo about how vaping is dividing the public health community.

“While the number of smokers in the UK has fallen by nearly a fifth over the last five years, the number who vape is at an all-time high,” Porter began. “But while the falling smoking rate is exciting public health experts, the burgeoning growth of vaping has divided them.”

With refreshing honesty, Munafo opened: “All of these people have access to the same evidence, the same data, so it’s really a matter of how we interpret that evidence. And the thing that I think people sometimes lose sight of is that although scientists are meant to be impartial, disinterested and so on, the reality, of course, is that scientists are human too and therefore subject to the same kinds of bias in their thinking that all of us are.”

Munafo contended that human nature means that some are unable to shift their position and admit that they got something wrong. “It’s very rare that we have an argument with someone and at the end of that argument the other person says – oh you were right all this time, I’m so glad you’ve pointed that out to me.”

“Our feelings about core issues are really not about evidence, so much as our perspective on whether or not, for example, being addicted to nicotine or using nicotine in the absence of other substantial harms is problematic in itself.”

“It becomes about values as much as it does about evidence.”

“My sense is that you do get some people who have spent their careers, for example, trying to push back against the tobacco industry’s attempts to prevent tobacco control legislation being implemented and so on and they see the tobacco industry as the problem.” 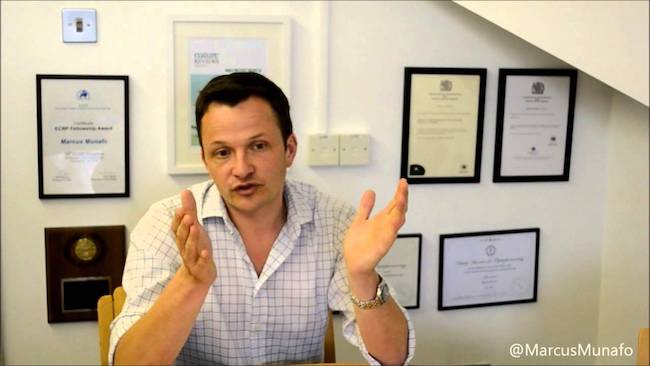 Munafo is generous in believing the anti-vape bias isn’t conscious: “They’re not actively going into a data set necessarily and saying how can I draw conclusions from this that support my agenda or my preconceptions. It’s much more subtle than that, they’re much more unconscious than that.”

Due to the polarisation of debate, Munafo worries that the middle ground (where rational conversations would take place) has been lost. An example of this is teens and vaping, where justifiable concerns exist.

“On the one side, you have those who are interpreting these correlational data as implying a cause and effect relationship and therefore indicating that we should be concerned about that pathway from vaping to smoking.”

“On the other side, others interpreting the same data as not necessarily reflecting that because there could be other factors contributing to that correlation, like the fact that young people who are inclined to try things are going to try e-cigarettes and going to try cigarettes but that doesn’t mean that the two are causally connected.”

And then there are the UK studies demonstrating no significant uptake in teen vaping.

“When you bring very strong feelings to those discussions it can be difficult to move your position.”

Were you listening, Professor Martin McKee? 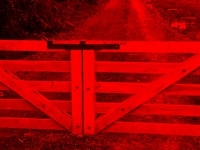