The Addictive Behaviours journal carries a new piece of research conducted by Lynne Dawkins, Allison Ford, Linda Bauld, Sema Balaban, Allan Tyler, and Sharon Cox. The cross sectional survey aimed to identify smoking characteristics and quitting behaviour within a sample of the homeless community. Despite a high number having tried vaping, the team found barriers to people being able to switch permanently. 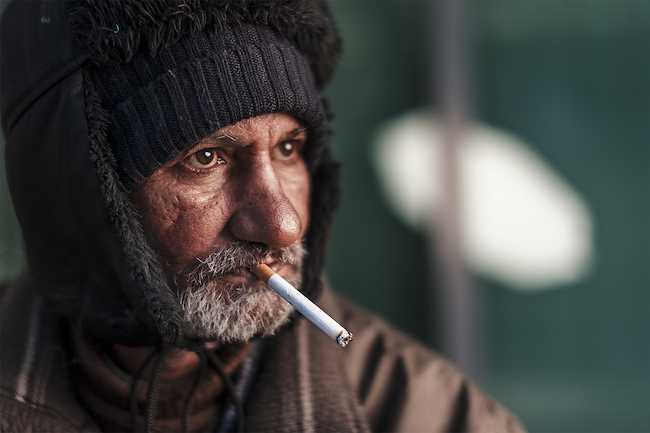 The team write: “The UK has seen a significant rise in homelessness over recent years. There are vast differences in health related outcomes between those who are housed and those who are not.”

With almost 80% of those suffering from homelessness smoking, the team highlight that this stands as a problematic marker of inequity: “Tobacco use continues unabated amongst the homeless with little indication of future decline and is a key contributor to health inequalities.”

They state: “Stress, social pressure and coping with mental health symptoms are key reasons for smoking relapse amongst homeless smokers.”

Despite having a high motivation to quit, attempts are almost always unaided and end fail to succeed. Worse, the group note that some professional dissuade the homeless from attempting to quit because of  “beliefs that smoking cessation is impossible for vulnerable groups.”

The paper states that even where there is advice, “there is little focus on the use and potential of novel health innovations for smoking cessation, such as e-cigarettes or technological support.”

The group believes: “The potential of e-cigarettes to reduce smoking prevalence among vulnerable homeless populations is … worth exploring.” 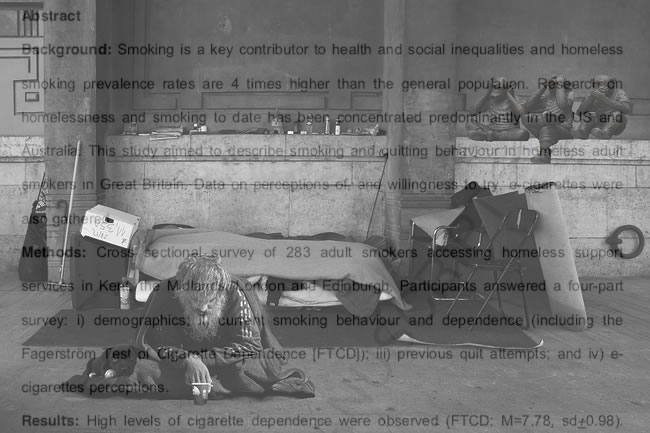 They spoke to 283 homeless adult smokers at five homeless centres across the UK. They found: “Over half reported that they smoked more frequently in the morning compared to the rest of the day and more than three-quarters indicated that their first cigarette of the day would be the hardest to quit, both of which are associated with high levels of tobacco dependency.”

The group discovered large numbers would try vaping, and many already had. One of the barriers to quitting is that many others a homeless person knows also smoke – and they believe that vaping would help in a transition away from cigarettes, as it would “alleviate some of the social and environmental challenges of being connected with other smokers.”

“Should homeless smokers choose to use e-cigarettes as a cessation aid, further information and assistance surrounding the acquisition of an e-cigarette and continued support in using the device is warranted.”

Do you know of a vape shop or juice/device supplier that currently helps the homeless? Would one be prepared to start doing so? Planet of the Vapes would be happy to pass your details on to the research team.