WHO report is "misguiding and alarmist"

Are the World Health Organisation aiding the confusion around e-cigarettes?
A rising number of people think that they are.

Last week the World Health Organisation (WHO) called for e-cigarettes to be banned in public places, suggesting that legal steps be taken to ensure e-cigarettes follow the same guidelines as traditional tobacco based products. They called for a ban on advertisements that could "encourage children and non smokers to use the devices", and implied that vaping can hinder a smoker’s chances of kicking the habit. The WHO report also stated that vaping can increase the levels of some toxins and chemicals in the air, providing a risk of "passive vaping", and that the number of e-liquid flavours now available include flavours that may be tempting to children, thus encouraging a growing number of minors to smoke.

This report comes despite the fact that so much information in the public domain disagrees with it. The Smoking Toolkit study (a monthly survey of smokers based in England) shows that "less than 1% of the population are non-smokers that use e-cigarettes" . In an article last year by the Metro it was reported that "Electronic cigarettes have helped almost nine out of ten smokers quit tobacco completely". Couple this with the growth of the e-cig market which has been rapidly on the rise since their introduction in 2004 to 3.5 million devices sold in 2012 and a picture starts to form of the astounding effect these devices are having in helping smokers finally quit and saving lives.

Various and conflicting information on the safety of e-cigarettes can be found peppering news sites and blogs around the world and these mountains of misinformation are leaving a number of smokers wondering what to do. Is vaping really any safer than smoking? In 1976 Professor Michael Russell wrote: "People smoke for nicotine but they die from the tar." Indeed, the harm from smoking is caused primarily through the toxins produced by the burning of tobacco. By contrast, non-tobacco, non-smoked nicotine products, although addictive, are considerably less harmful.

A number of professional, scientific studies have also been published that show these statements to be grossly misleading. The study by Dr. Michael Siegel, compares two reports looking into e-cigarette use in teenagers, and a paper by Farsalinos, Romagna, Tsiapras, Kyrzopoulos, Spyrou and Voudris, regarding the use of flavourings and their appeal to younger generations. It notes that there are a statistically insignificant number of non-smokers taking up vaping (and this includes children). It suggests that, rather than banning flavours, people making laws simply ban access to ecigarettes for children.

Earlier this year a report from Ash (Action on Smoking and Health) suggested that e-cigarettes are proving far more attractive to smokers than traditional nicotine replacement treatments (NRT), while providing a safer alternative to cigarettes, "There is evidence that they can be effective in helping smokers' quit and little evidence that they are being used by never smokers".

A group of experts in the use of tobacco, including Ann McNeil and colleagues from the National Addiction Centre at King's College London, have published a critique of the WHO report stating that "the report draws heavily on another research paper which misrepresents [the] work and does not accurately portray the benefits and risks of vaping."

"When I read the report I was shocked and surprised, because I felt it was an inaccurate portrayal of the evidence on e-cigarettes," says McNeill.

So, why is one of the worlds largest an most influential public health bodies taking such a stance against e-cigarettes? The problem seems to be that the WHO is comparing the risk of vaping against the risk of not smoking at all, rather than comparing electronic cigarettes to real cigarettes.

Robert West of University College London says "You can understand why – we don't want people to be addicted to something that isn't doing them any good and could be doing them a small amount of harm in the case of nicotine."

"One can only speculate as to what the motives are, but my feeling is that there is a kind of puritanical view that everything relating to nicotine is bad and harmful and should be stamped on" 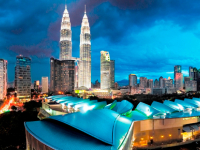 The Only Malay is Ecigz 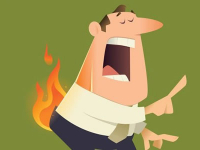