“Compelling current affairs stories that get to the heart of what matters most to viewers,” is how ITV describes its Tonight show. The sixty second introduction to the show mentioned rocket fuel in eliquid, Tutti Frutti flavours, vaping dismissed as “a craze”, worry over teen vaping and underage sales, death, idiots, voxpops and Stanton (My eyes are up here, Stanton) Glantz.

Tonight described its episode: “How Safe Is Your Vape? With more than 3.6 million people now vaping in the UK, Tonight reporter Jonathan Maitland explores the boom in the vaping industry and asks, 'how safe is your vape?’”

Anyone looking for facts or a balanced coverage of tobacco harm reduction was disappointed. Some were more than a bit angry.

“With their show, Jonathan Maitland and ITV have misled millions of people with the message that they should just carry on smoking, and that public health officials and politicians in this country should be ignored. The British public deserves better than their shamefully bottom-of-the-barrel partisan propaganda” - New Nicotine Alliance

The Independent British Vape Trade Association said in a statement: “At 7.30pm on February 6th, 2020, Jonathan Maitland presented the most unbalanced and misleading report on vaping seen to date on British television, as part of ITV’s Tonight programme titled “How safe is your vape?”

“The very title itself exposed itself as misleading,” says the independent trade body, “as the programme singularly failed to reasonably answer its own question using the wide range of objective evidence now available.”

IBVTA says that is unaware of any UK manufacturer or importer of vape products having been approached for a right to reply or to provide balancing comment. Worse, IBVTA says it tried to contact the producers but ITV was unresponsive.

The organisation says UK vape businesses, “have for the last 6 months been under serious threat. This has been due to a sustained barrage of media misreporting that lung disease cases in the USA are being caused by nicotine vaping. In all credible scientific opinion, these cases were caused by illicit THC oils used in e-cigarettes.”

“The IBVTA applauds the efforts of both Deborah Arnott of Action on Smoking and Health (ASH), and Professor Newton of PHE, to present balance within the programme. However it was clear that the producers set out to demonise both the UK’s most successful quit aid in the history of smoking, and the consumer led insurgency that has made the UK a world leader in reducing smoking rates.”

The New Nicotine Alliance says that ITV should “be ashamed” of its misleading coverage of vaping, “which can generously be described as poor.”

“One wonders what the terms of commissioning were that resulted in a complete absence of balance and no information whatsoever being conveyed to UK viewers about harms in the US being exclusively caused by illegal black-market products involving contaminated liquids sold by criminals. You would think that a responsible broadcaster would want to make that kind of vital and life-saving information available to viewers, but they didn’t. As ‘investigative journalists’, they could surely not have been unaware of this fact – as stated publicly by the US CDC - so we have to wonder at their motivation for producing something so slanted and irrelevant to the UK viewers they were broadcasting to.”

The UK Vape Industry Association also condemned the show. UKVIA said: “The show will serve not to inform or protect the public, but instead to keep people smoking cigarettes.”

“The UKVIA was denied permission to comment on the show, which similarly failed to give the right-to-response to manufacturers and retailers. This proved severely detrimental to the balance of the programme.”

UKVIA says the show failed to link the American deaths to illegal THC use, misrepresented CDC guidance, demonstrated ignorance over how people vape, and ignored that the illness of Ewan Fisher was due to “an allergic reaction”.

Producers probably think that giving 1 minute of airtime to ASH’s Deborah Arnott and 2 minutes to Public Health England’s John Newton constitutes “balance” – it doesn’t. At no point is the inclusion of Stanton Glantz, a serial opponent of tobacco harm reduction and liar, justifiable.

Youtuber The Vaping Biker said: “ITV Tonight - your reporting during ‘How safe is your vape’ was shameful, biased, and lacking in any valid balanced journalism. Clearly you had an agenda and didn't let science or facts get on the way.”

If vapers feel inclined, they can make complaints about the show to OFCOM [link]. 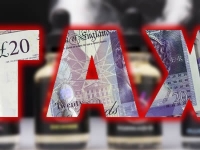 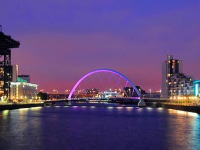