How is CBD extracted?

Posted 3rd July 2018 by dw1986
The CBD market continues to grow at a massive rate, however there is still a lot of confusion and misunderstanding around CBD itself. Our new range of guides intend to help you gain a better understanding of CBD, the laws regulating it, where you can buy it and much more. In this guide, we take a look at how CBD is made...

In order for CBD to be used, it must first be extracted from specific strains of the Cannabis plant. Industrial hemp is one of the most popular plants that CBD is extracted from, and CBD is most commonly extracted into an oil. Here's how...

CO2 Extraction primarily uses a closed-loop extractor, which contains three separate chambers, with the first one containing pressurised CO2, the second one holding dried cannabis plant matter and the third one used to collect the extracted CBD.

Once in a supercritical state, CO2 is heated up and passed through the cannabis plant, to produce a full spectrum CBD that is easily digestible. This is the safest and most efficient way to extract pure CBD, but it comes at a cost too- as it's also one of the most expensive methods!

Oil Extraction is arguably the oldest method of extracting CBD, making use of oils such as olive oil for example. It's also one of the simplest methods- but it does reduce the potency of the extracted CBD.

Raw cannabis is heated, before being added to olive oil and heated again at 100 degrees Celsius for 1-2 hours in order to extract the CBD. The downside of this is that olive oil still remains present in the finished product thus reducing the potency of it, and it has a very limited lifespan.

This is the method that is most commonly used with those that manufacture their own CBD oils at home, and is not used in large scale manufacturing of CBD oils due to the reduced potency, presence of olive oil in the finished product, and the limited lifespan it has.

Liquid Solvent Extraction most commonly uses Ethanol as a solvent, which is passed through cannabis plant material inside a container to extract the CBD from the cannabis plant, before the e-liquid is evaporated away to leave an oil.

One of the downsides of using a liquid solvent extraction is that it will also extract chlorophyll alongside the CBD, reducing the potency and producing a very bitter taste to the CBD oil. This means that an additional process is required to filter the chlorophyll out, which also increases costs.

This is actually the most common method used for extracting CBD, as the negatives above can now be easily counteracted, resulting in a full spectrum CBD extraction.

These three methods are currently the most popular methods used for extracting CBD, there are many others that aren't as popular due to factors such as difficulty and cost. Stay tuned to POTV for more CBD guides coming soon! 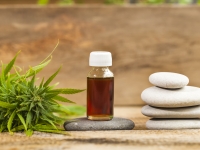 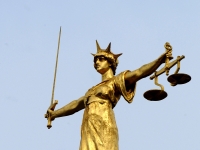 Is CBD Legal in the UK? 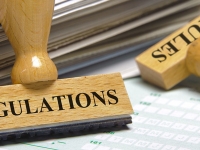 CBD UK Regulations - is it covered by the TPD?