What Is the Truth About Vaping?

Old tobacco controllers and rich billionaires are waging a war on tobacco harm reduction. Nobody knows the precise reasons because they aren’t being honest, but the UK does have many excellent independent researchers who are committed to telling the truth, together with several leading British public health bodies. Planet of the Vapes present the truth about vaping from how safe it is to whether it presents a danger to young people.

Before we start, misinformation about vaping is spread through the media, most of which care more about income than sharing facts – and bad news stories are better for them than good ones.

This is coupled with a tobacco control industry that now finds itself under threat as vaping helps smokers quit without any need for them. These vested interests have put a lot of energy into spreading half-truths and outright lies, eagerly lapped up by newspapers and television channels.

Here is what science and genuine experts tell us:

How Safe Is Vaping?

The headline figure comes from Public Health England (PHE): “Our new review reinforces the finding that vaping is a fraction of the risk of smoking, at least 95% less harmful, and of negligible risk to bystanders.  Yet over half of smokers either falsely believe that vaping is as harmful as smoking or just don’t know.”

PHE’s 2015 review has been revisited annually with experts verifying the figure and many pointing to it being much closer to 100% safer.

The reports compiled by PHE have been used to inform how Parliament treats vaping, although it was limited in its approach while we remained part of the European Union. There are now two cross-party groups in Parliament set up to encourage smokers to consider vaping as a much safer way to use nicotine.

The NHS and many other health organisations fully support switching to vaping. Some NHS Trusts have vape stores in hospitals and others are taking part in a trial to give starter kits to inpatient smokers.

Does Vaping Help You Quit Smoking?

The Planet of the Vapes has 60,000+ members, almost every single one is an ex-smoker having successfully used vaping to switch.

University College London conducts regular updates to Smoking in England and has found that electronic cigarettes work as a tobacco substitute.

Cochrane Library produces frequent reviews that look at current evidence. It has found that vaping works best for most smokers on multiple occasions.

Can Vaping Give You Popcorn Lung?

Popcorn lung is a condition that some workers in a popcorn factory experienced when they breathed in diacetyl, a chemical compound used to give food a buttery/creamy taste.

Diacetyl was dropped as an ingredient by the UK e-liquid industry but is now banned by law. All legal nicotine-containing e-liquids are diacetyl free.

Diacetyl is found in cigarette smoke and not a single smoker has ever been diagnosed with popcorn lung. Even when there were e-liquids with diacetyl, the amount was far less than that found in inhaled tobacco smoke.

Does Vaping Cause Lung Disease?

There has been no incident proven to have been caused by vaping.

Many who try to beat vaping with this stick are referring to the EVALI outbreak in the United States. American health officials were very slow to admit that the people being admitted to hospital had been using black market cannabis liquids that contained Vitamin E Acetate.

All the components of e-liquid are water soluble. Vitamin E Acetate is fat soluble and would not mix with normal e-liquids – it would appear like a bottle of salad dressing.

Independent research has shown that switching to vaping has improved the condition of smokers with diagnosed lung ailments.

Does Vaping Cause Heart Problems?

The evidence that says it does is highly suspect, and one of the main papers cited has been retracted by the journal that published it as the authors attempted to make out vaping caused heart attacks up to ten years before the smokers began vaping!

Many vapers attest to how fitter they have become after switching from smoking with many posting pictures of them partaking in sport and doing things like climbing mountains.

Is Vaping A Plot By Big Tobacco?

Vaping is a consumer driven phenomenon with most of the market dominated by independent companies.

The tobacco industry was late to the party when it realised there was no stopping this disruptive technology. It is dominant in the pod/cigalike market.

The tobacco industry has seen the writing on the wall for tobacco products and is now committed to moving to reduced harm products – and the UK government is committed to a Smokefree 2030 target.

Does Vaping Act As A Gateway From E-cigs To Tobacco Use?

Public Health England have stated that the gateway hypothesis is a “myth”. Many vapers on the Planet of the Vapes forum will tell you it was a one-way gateway for them – out of smoking.

Action on Smoking and Health, the English anti-smoking charity, conducts annual reviews in conjunction with Cancer Research UK. It has found that virtually all teen vapers are either current or ex-smokers. It has found almost no non-smoking teens vape on a regular basis and there is no evidence that they progress to tobacco use.

The evidence says ‘no’.

Public Health England state: “The evidence shows nicotine actually carries minimal risk of harm to health. Although nicotine is the reason people become addicted to smoking, it is the thousands of other chemicals contained in cigarette smoke that causes almost all of the harm.

E-cigarette vapour does not contain tar or carbon monoxide, two of the most harmful elements in tobacco smoke. It does contain some chemicals also found in tobacco smoke, but at much lower levels.”

Do Electronic Cigarettes Pose A Risk To Other People?

Public Health England’s 2018 evidence review found there have been no identified health risks of passive vaping to the health of bystanders. 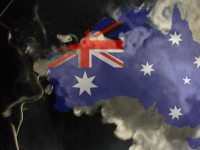